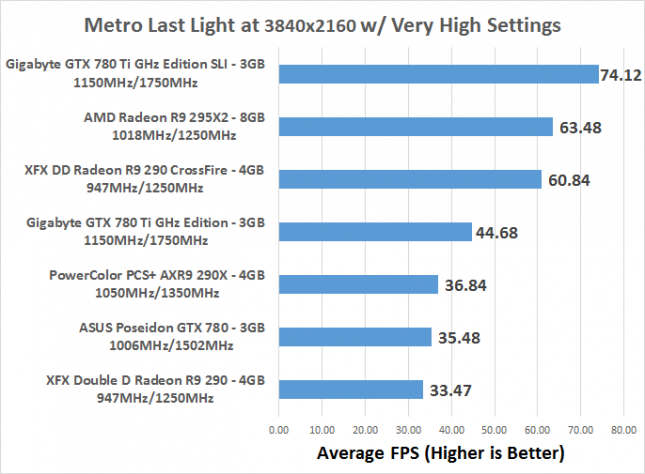 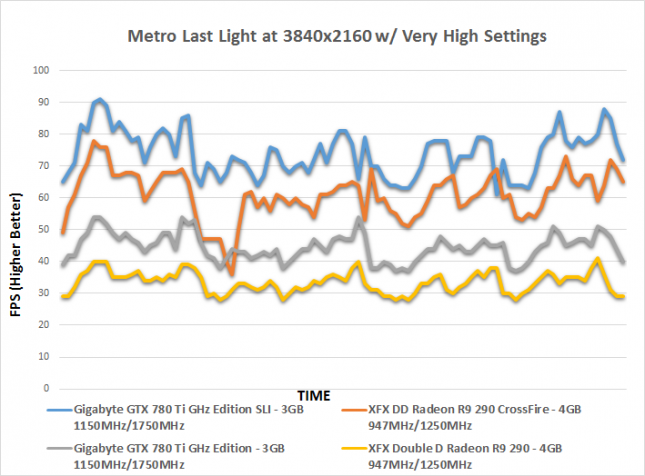 Benchmark Results: The AMD Radeon R9 290 CrossFire setup did have a performance drop about a quarter of the way through the benchmark run, but it barley dipped below 40 FPS and no hesitation was seen or felt in the game when manually running FRAPS.