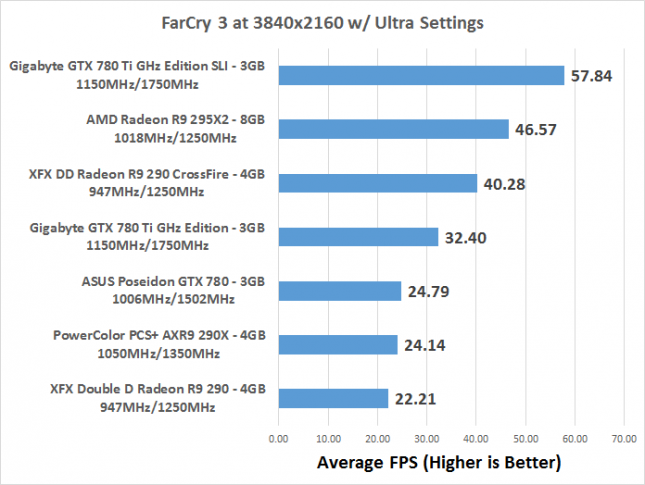 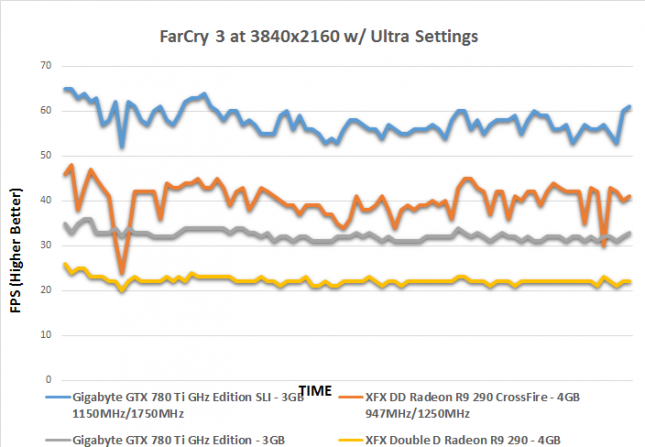 Benchmark Results: Our AMD Radeon R9 290 CrossFire setup had a bit of a stutter/hesitation that could be seen at the beginning of the benchmark run where the most frame buffer is used, but other than that it stayed above 30 FPS for most of the run.