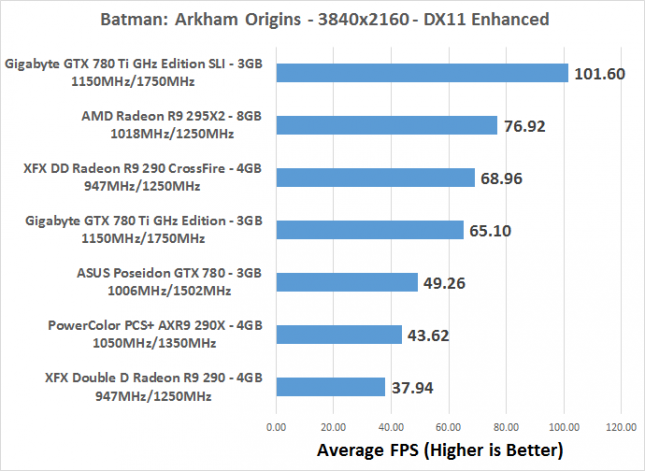 Benchmark Results: A single XFX Double Dissipation Radeon R9 290 was able to average ~38FPS and when a second card was added to the system we were seeing ~69FPS on our 4K panel at 3840×2160. This represents a solid 81.6% performance improvement by adding in a second card for the 2-way CrossFire setup. The bad news is that the Gigabyte GeForce GTX 780 Ti GHz edition is a single-GPU setup that costs less and performed only 4FPS slower. 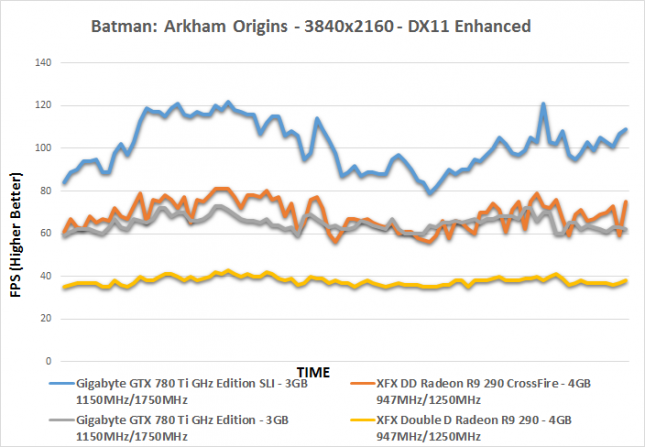 Benchmark Results: When you look at performance over time, the XFX DD R9 290 CrossFire setup and the Gigabyte GeForfce GTX 780 Ti GHz Edition card were very close to one another.