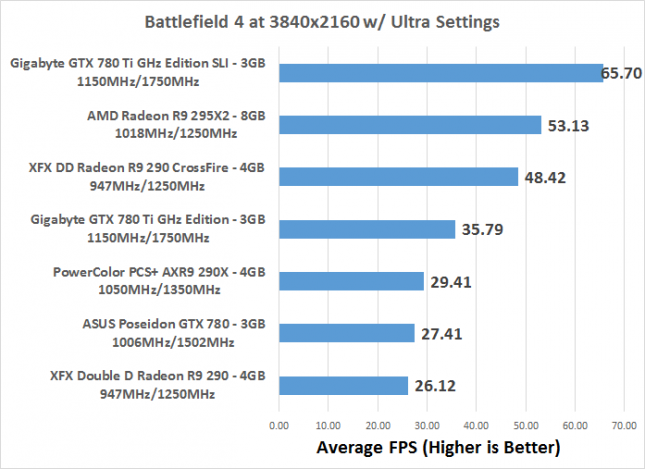 Benchmark Results: In Battlefield 4 with Ultra settings at 3840×2160 we were able to average 26.12 FPS on the XFX DD Radeon R9 290 and that jumped up to 48.42 with the CrossFire setup. This is a solid 85.4% increase in performance and really made BF4 playable at the demanding 4K Ultra HD resolutions we were gaming at. This setup was about 5 FPS slower than the AMD Radeon R9 295X2 that was just released for $1500. The XFX Double Dissipation Radeon R9 290 4GB graphics card that is sold under part number R9290AEDFD for $439.99 shipped, so you are looking at about $880 for a setup like this. 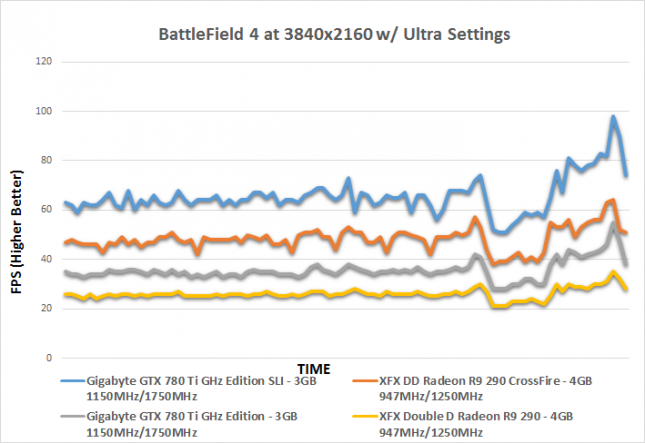