With everybody’s attention on the latest AMD Radeon releases, the R9 series, it often makes people forget the previous generation video cards, which are still relevant and frequently drop in price making them a good buy. Such as the R7950 series, released in early 2012. One example is the XFX R7950 Double Dissipation video card, it features PCIe 3.0, DirectX 11, Ghost Thermal technology, 1792 stream processors clocked at 925MHz and 3GB of GDDR5 memory running at 5GHz on a 384-bit bus. Not bad for a card that costs $249.99 Shipped after a $20 rebate! Let’s take a look and see whether this card can handle some of the latest games. 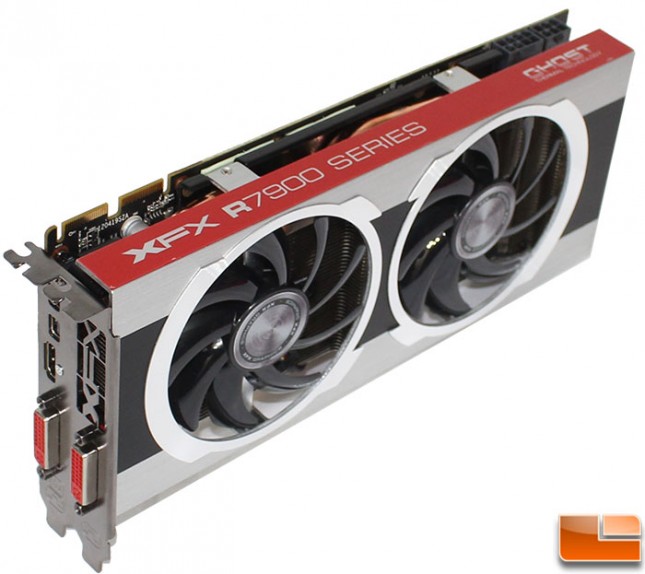 For cooling, the XFX R7950 DD uses two IP-5X Dust Free 90mm fans, which are housed in a heavy duty aluminum fan shroud. The brushed silver and black looks great, while the black fan blades stand out surrounded by the brush silver.

Here we see the video connections for the XFX R7950 video card. From the left, two mini Display Port 1.2, HDMI 1.4a and two DVI-I ports. The mini Display Ports are capable of doing 4K resolutions, while the digital ports support up to 2560×1600. A small portion of the expansion port cover has the company name, XFX cut out, this will provide a little exhaust rather than all the hot air remaining in the case.

The top edge of the aluminum shroud is red, and has the company name and series identified. On the far right side of the shroud is a label showing that this card has XFX’s Ghost Thermal Technology. XFX says that their Ghost Thermal technology is a design that allows air to pass through the heatsink to the PCB and components. This allows the fans to be lower, reducing noise. In addition it has their HydroCell solution, which is a vapor chamber system. For power, it utilizes an 8-pin and 6-pin PCI power connectors; a 500W power supply is the required size to provide ample power. 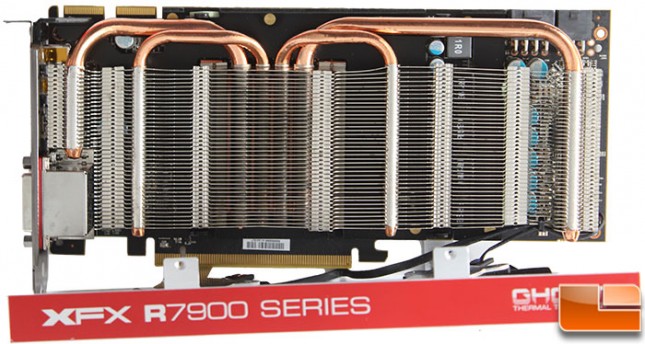 Removing the fan shroud reveals the card length heat sink and four copper pipes. As each of the heat pipes begin at the GPU, they terminate on other areas of the heat sink. Here we can see the Ghost Thermal technology designed heat sink, as we can see directly through the fins to the PCB and the components under it. It was nice to see that XFX took the time to cable tie the fan power cables to the heat sink to keep them secured. 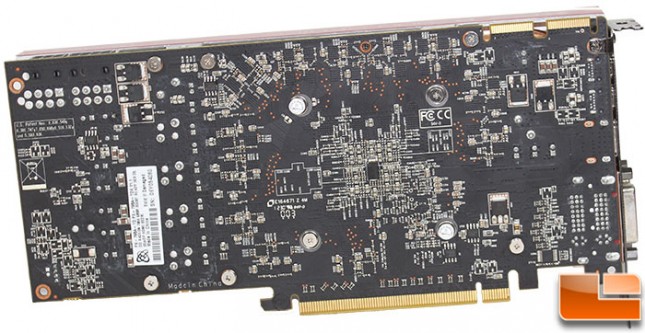 The back of the card is pretty plain, there are a number of screws for the heat sink, two CrossFire connections so it will support multiple cards in CrossFire mode. Two of the heat sink screws have stickers on them that will void the warranty if they are tampered with. With XFX’s lifetime warranty, it is best to not mess with these.