To start our testing I fired up the Linksys SD2008 10/100/1000Mbps version 3.0 Gigabit switch and benchmarked the performance of the RAID 1 array and the WD My Book World Edition II 2TB external drive. 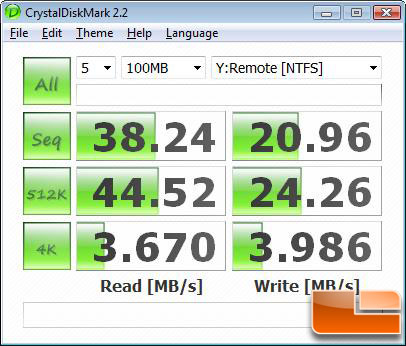 Using a Gigabit switch the benchmark numbers should be fairly impressive, so we fired up CrystalDiskMark 2.2 to see how the performance was looking on the ‘Y’ network drive. The WD 2TB My Book World Edition II (WDH2NC20000) peaked at 45MB/s read and 24MB/s write in the 512K file size test. This is by far not the fastest that we have seen over the years, but decent enough considering this is a RAID 1 array attached on the network. 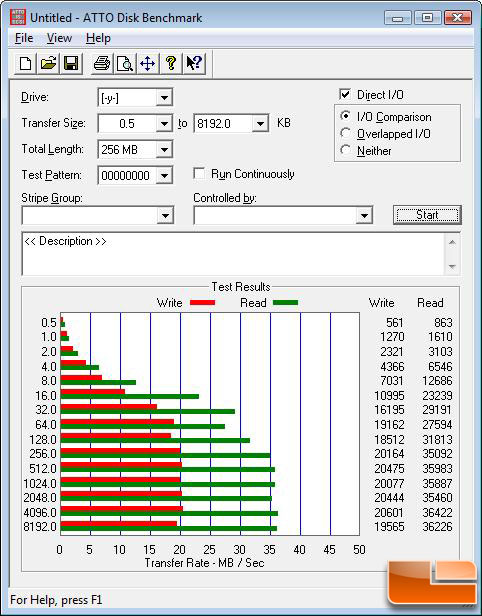 ATTO has been around for some time, but it is still a very popular hard disk benchmarking tool that offers nice features to benchmark RAID setups on the network. The first benchmark that I ran was the one called ‘I/O Comparison’, which is where the benchmark writes files on the disk being tested and then reads them back. Transfer rates peaked at 36MB/s read and 21MB/s write on this benchmark. 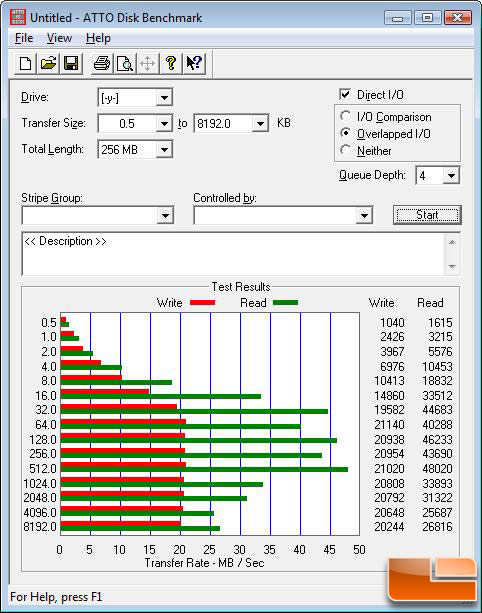 The second test I ran with ATTO is called ‘Overlapped I/O’, which is where the benchmark shows better read performance than the comparison test as this test allows the tasks to be divided and executed in parallel. Transfer rates peaked at 48MB/s read and 21MB/s write on this benchmark.

As you can see, the performance numbers between the benchmarks differ, which is why more than one benchmarking utility is needed when looking at hard disk performance. Let’s take a look at how the WD My Book World Edition II does when used in real world tests.