The first workload that we will be showing is a trace that uses Microsoft Visual Studio to compile a build of Mozilla Firefox browser. The KIOXIA XG5-P 2TB M.2 NVMe SSD finished with 202.6 MB/s on the read speed and 23.1 MB/s on the write side. 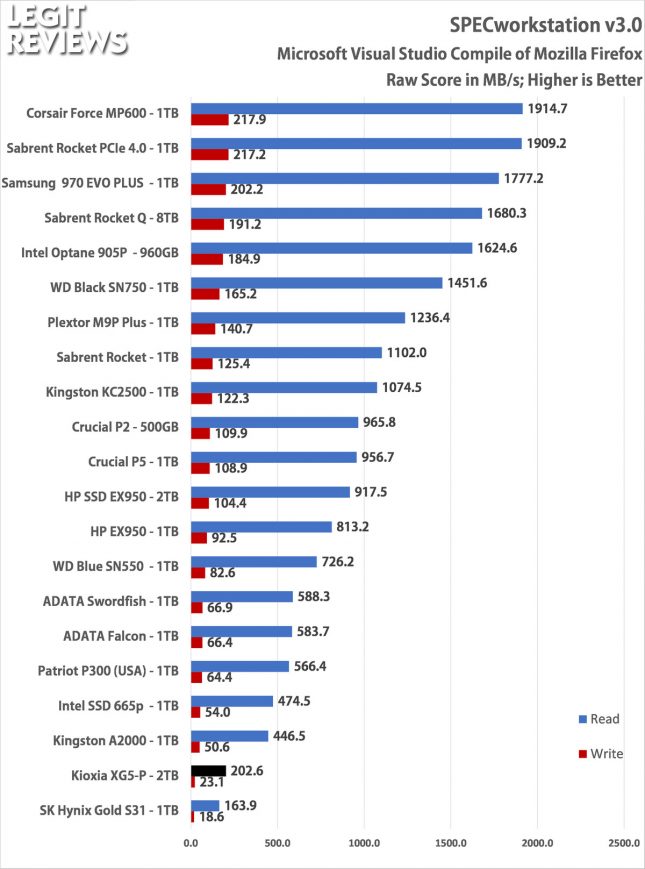 The next trace involves a Handbrake transcode and the KIOXIA XG5-P 2TB M.2 NVMe SSD came in with 406.7 MB/s on the read speed and 153.4 MB/s on the write side. Not the best result that we have seen! 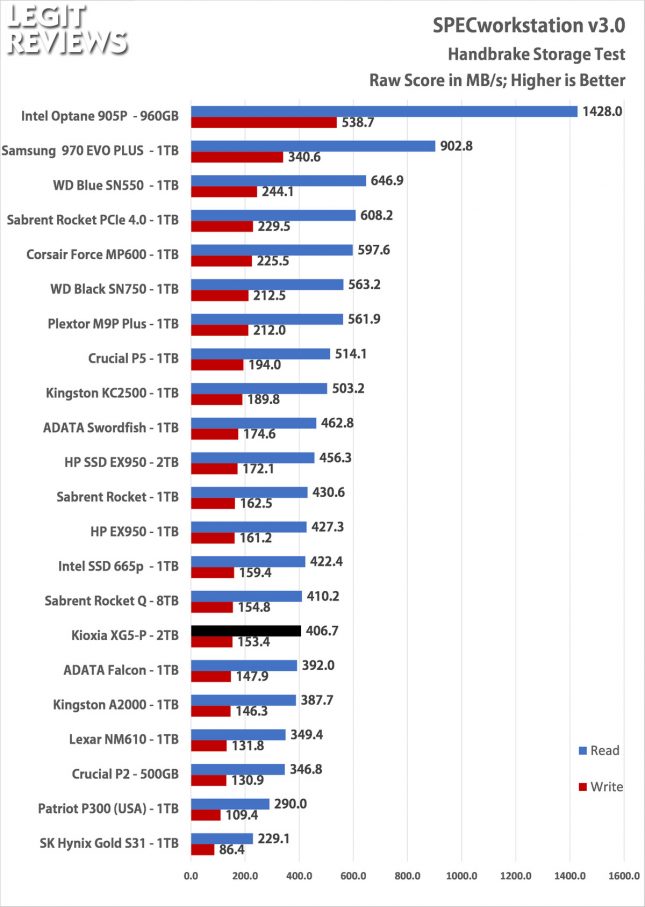 In the 7zip workload the KIOXIA XG5-P 2TB finished better this time around! 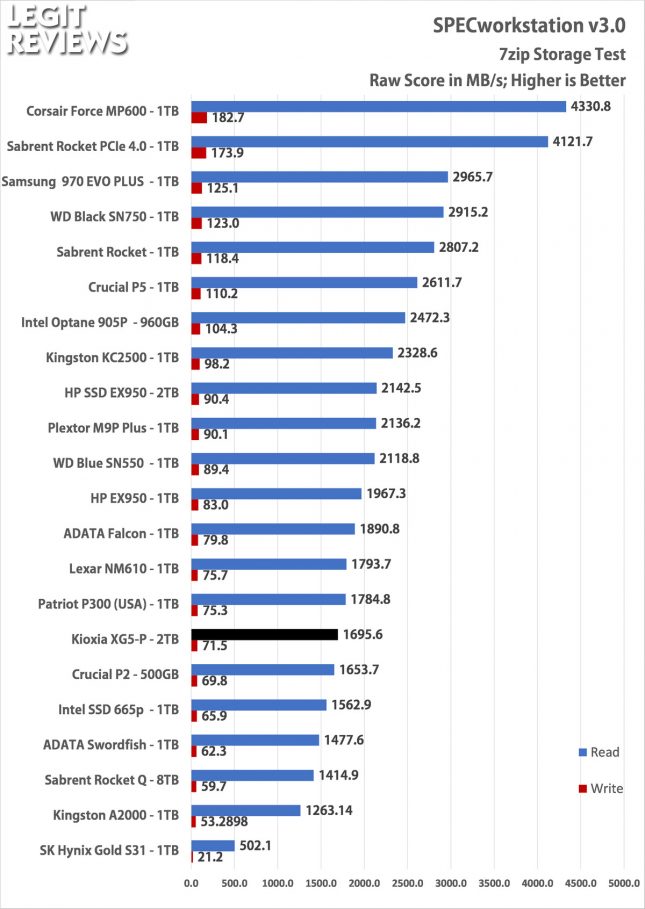