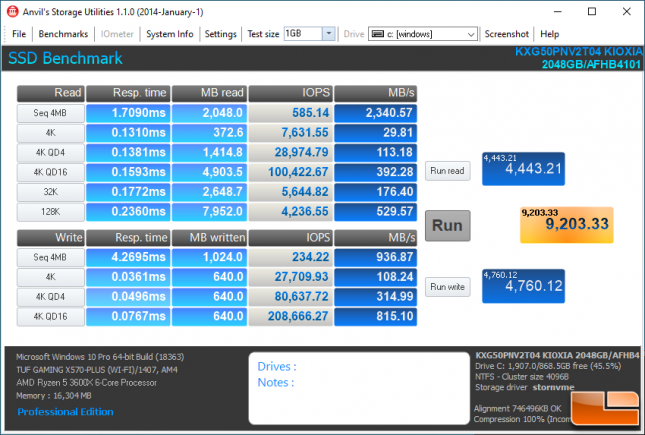 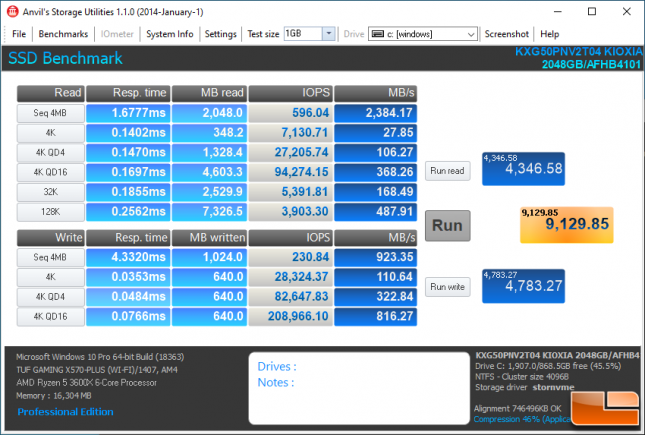 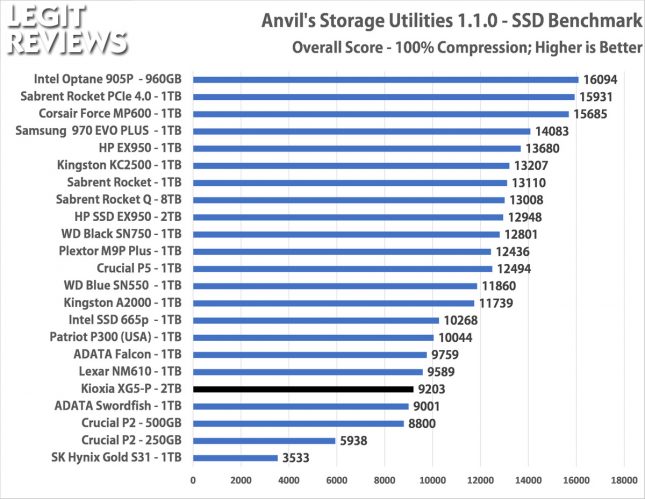 When we chart the score of the standard benchmark (100% compression) the KIOXIA XG5-P 2TB ends up being one of the slower NVMe SSDs that we have tested on this AMD X570 platform.