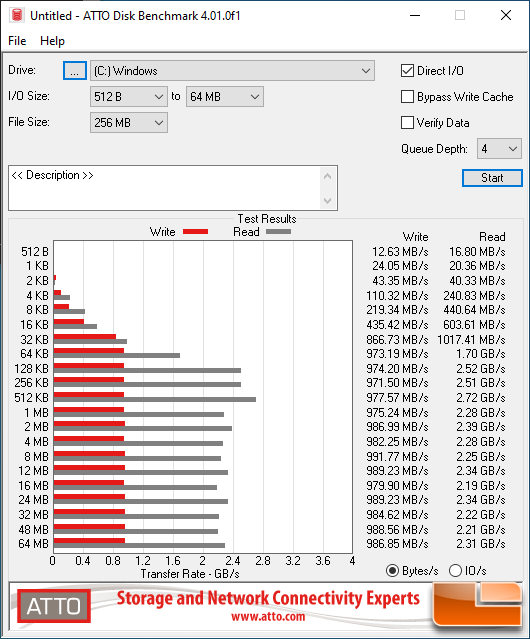 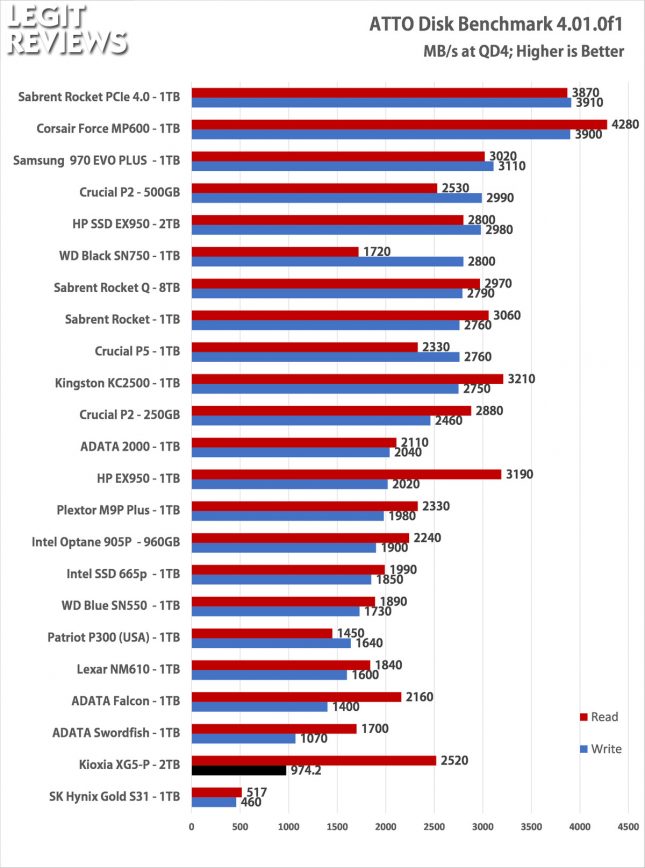 When we chart the 128KB test results from ATTO Disk Benchmark, the write speed of the KIOXIA XG5-P really hurt standings as it had the lowest write speed of any NVMe SSD. This put it near the bottom of the performance chart above the only SATA III SSD in the results. 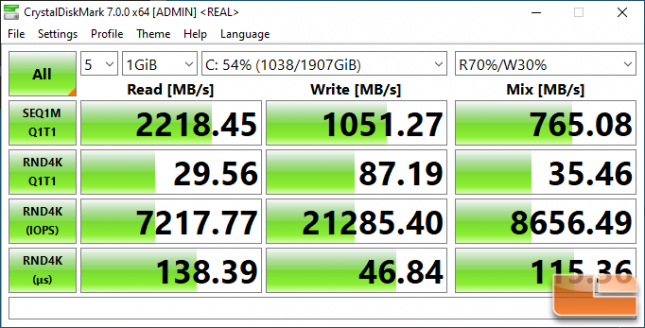 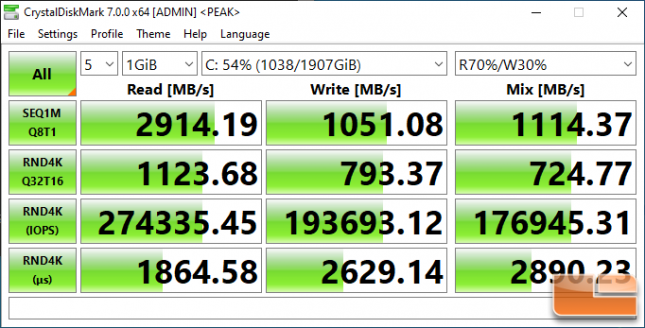 Benchmark Results: The Kingston KC2500 1TB drive came in with scores of 2914 MB/s read and 1051 MB/s write on CrystalDiskMark 7. This drive is rated as being up to 3000 MB/s read and 2200 MB/s write, so we are just below that on read and less than half of where we expected to be for writes.