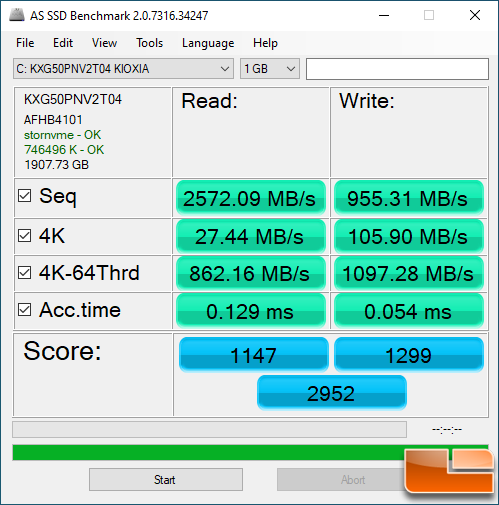 Benchmark Results: On AS SSD Benchmark, the KIOXIA XG5-P 2TB drive finished with an overall score of 2,952 points and topped out at 2.6 GB/s read and 955 MB/s write. 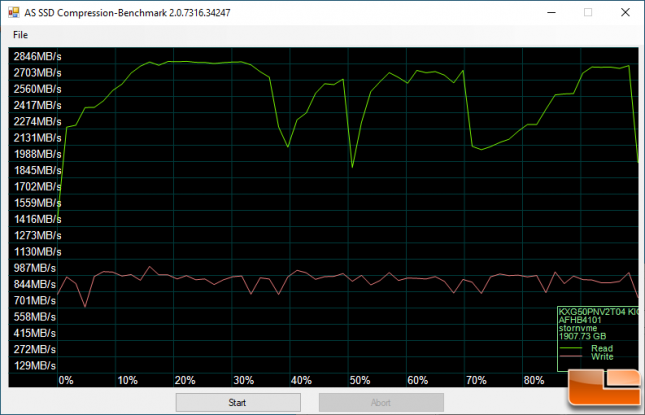 Benchmark Results: For this benchmark chart you would ideally want to see a straight line as you don’t want any compression performance loss as the test goes from 0% compressible to 100% compressible data during the benchmark test period. Here we see some pretty drastic dips on the read side and while the write side is smoother, the line is far from smooth.