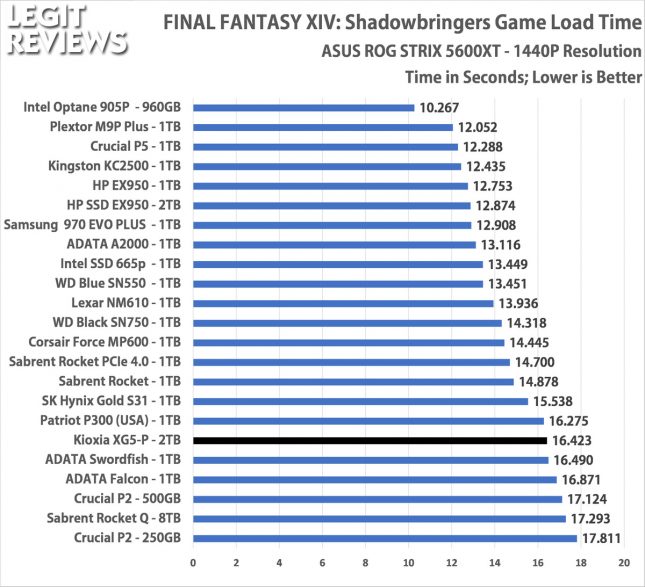 Benchmark Results: The KIOXIA XG5-P 2TB came in at 16.423 seconds on game load times, which was better than four other NVMe SSDs!