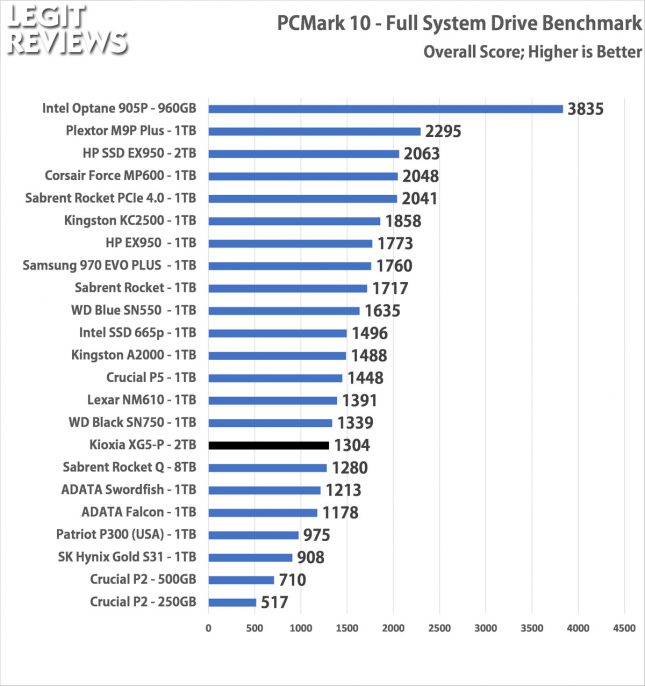 On the full system drive benchmark the results had the KIOXIA XG5-P 2TB NVMe SSD finishing with an overall score of 1,304 points. 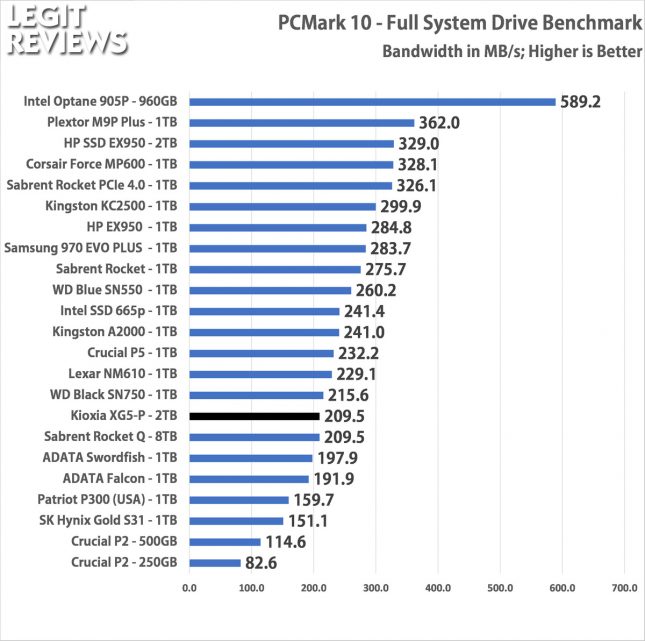 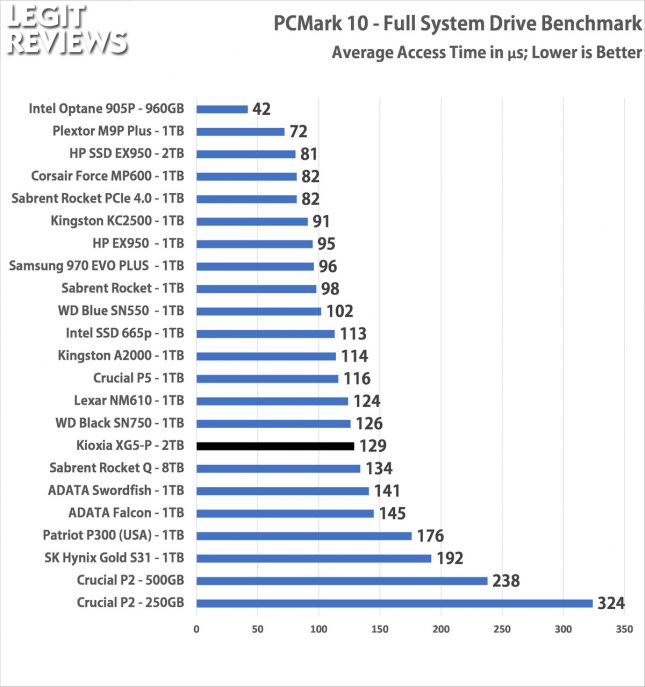 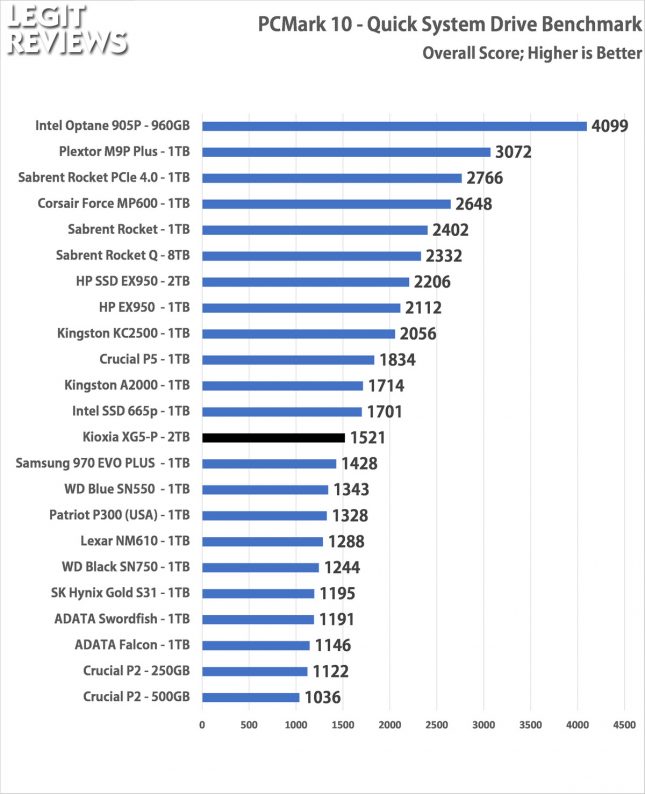 On this lighter workload the KIOXIA XG5-P 2TB had an overall score of 1521 points and that moves it up a number of spots as the XG5-P does better here than on the full system drive benchmark. 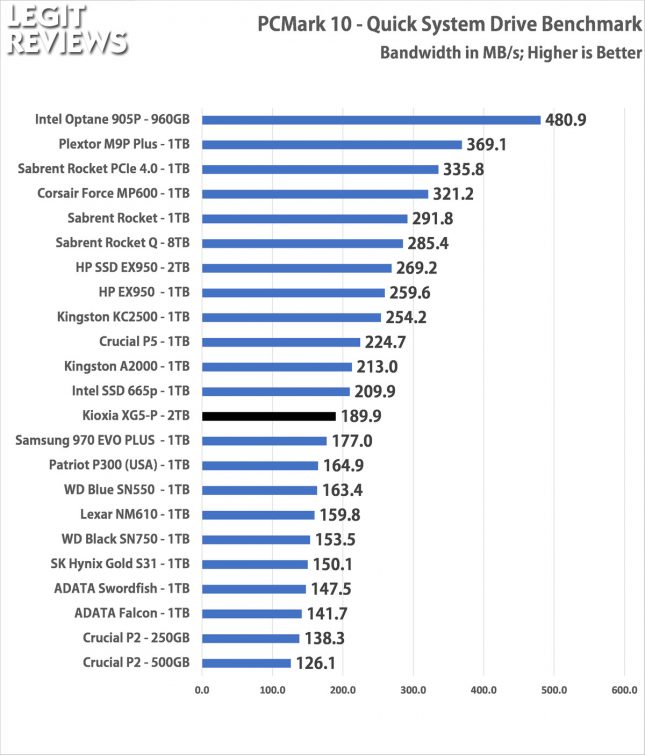 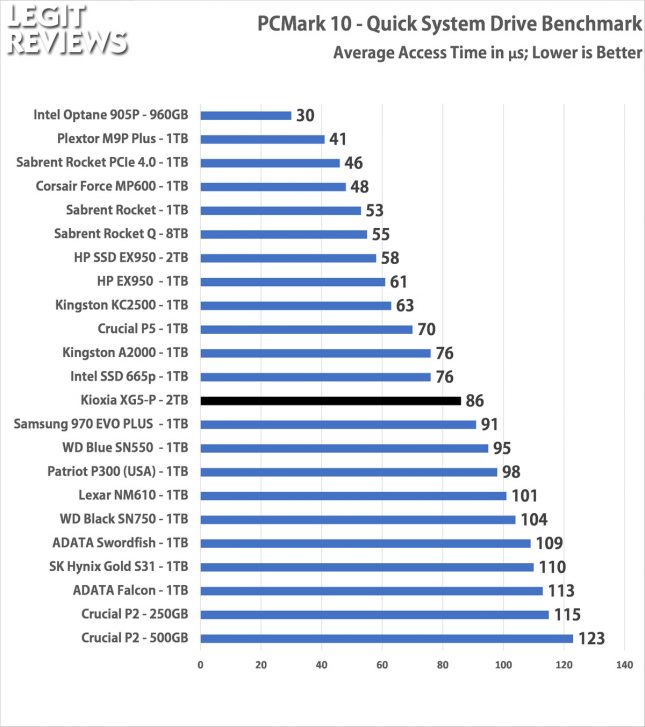 The average access time on the KIOXIA XG5-P 2TB was 86 microseconds on the quick system drive benchmark workload.