Phison Electronics Corporation announced this week that their PS5018-E18 (E18) PCIe 4.0 x4 SSD controller was about ready to enter the market. The Phison E18 is their first fully native PCIe Gen 4.0 x4 controller that is capable of delivering sequential read performance up to 7.4GB/s and sequential write performance to 7.0GB/s! This is a big deal as it pushes the envelope for what one can expect from their storage drive. 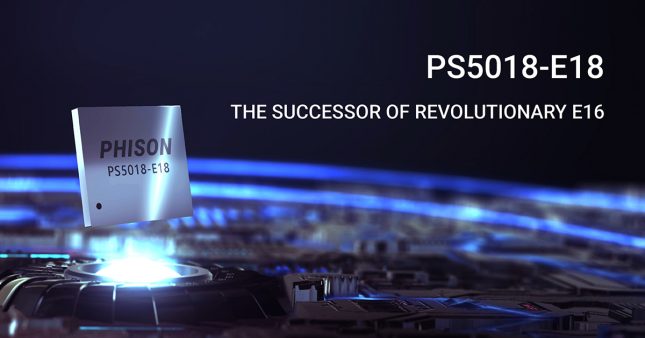 The Phison E18 controller was manufactured by TSMC on the 12nm process node, which is a big improvement over the 28nm node used on the Phison E16 controller introduced just last year. The E19 controller has a total of 5 cores with 3 being ARM Cortex R5 and two being Phison Proprietary CoXprocessors. Phison says that the E18 will be capable of delivering up to 1 million IOPS for Random 4K operations. Performance will ultimately depend on the NAND Flash being used and the capacity of the drive, so these are best case numbers for the time being. 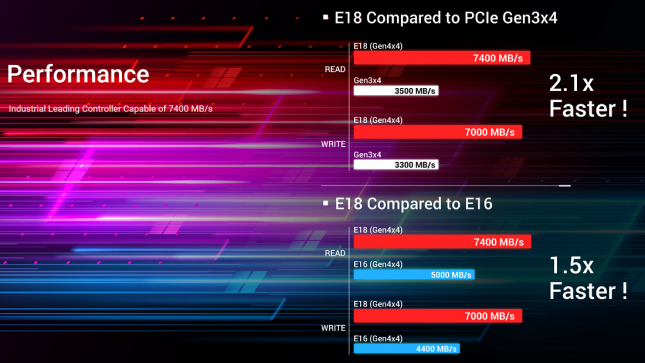 The Phison E18 controller was built using the 4th Gen LDPC engine and offers End-to-End Data Path Protection, SmartECC, AES 128/256-Bit hardware encryption with Crypto Erase. Since it does have AES 256-bit hardware encryption we can confirm that support is offered for the TCG OPAL 2.0 storage security subsystem as well as Pyrite. 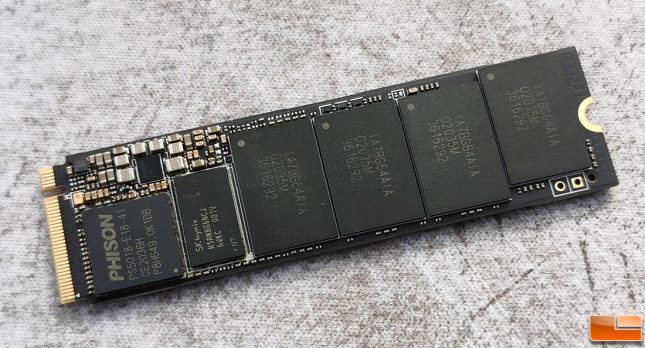 Phison sent us one of their first PS5018-E18 (E18) development drives in the 2TB drive capacity. This drive is not the final approved build and is running early firmware, but will give our audience an idea of where Phison is at with their 2nd Generation PCIe Gen4 controller. Our sample was a double sided M.2 2280 form factor drive that had the Phison PS5018-E18 8-channel NVMe Gen 4 controller on one end of the drive. There are two SKHynix DDR4 DRAM memory chips on either side along with eight pieces of Micron B27B 96-Layer 3D TLC NAND Flash memory running at a 1200 MT/s bus speed. This is what they’ve been working with and what we were sent to try out. 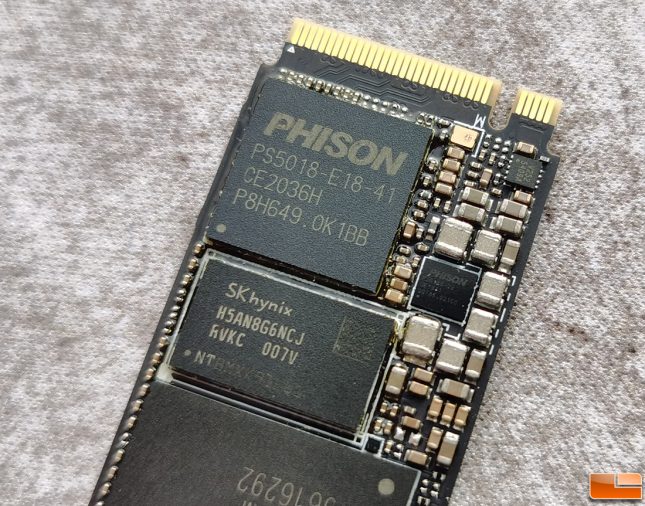 We should point out that Phison is actively working on another development board with Micron B47R 176-Layer 3D TLC memory that runs at 1600 MT/s. Micron just announced the World’s 1st 176-Layer NAND Flash this week, so it is very new and hard to come by. We know from the Micron announcement this week that their 176-Layer NAND (Micron B47R) is considered a resistive NAND and offers 4-plane reads that increases random read performance and decreases latencies.

Our friends at Phison shared a picture this morning that shows a new PS5018-E18 development board (shown below) that puts the Phison E18 controller in the middle of the drive and features Micron 176-Layer 3D TLC NAND Flash packages.

Some companies will release Phison E18 drives really soon with Micron B27B (1200 MT/s) 3D TLC NAND once the firmware has been fully optimized. Others might wait and release a product with the faster Micron B47R (1600 MT/s) 3D TLC NAND packages. The take home message here is that the Phison E18 controller is compatible with a variety of NAND Flash chips and Phison customers will be able to use the ones they want. It wouldn’t come as a surprise to use if companies end up using both as they can come out with a Phison E18 powered drive really quick with Micron B27B and then bolster the drive series with a flagship model offering higher speeds thanks to the newer and faster Micron B47R chips at likely a slight price premium.

Let’s take a look at the test system and then show you how the Phison E18 2TB SSD development board does on a bunch of different performance tests!