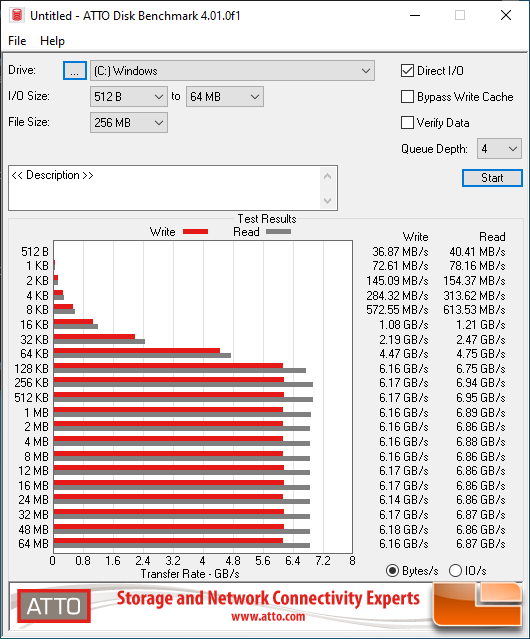 Benchmark Results: On ATTO Disk Benchmark found that the Phison E18 development SSD topped out at 6.17 GB/s write and 6.95GB/s read at the standard queue depth of 4. Amazing speeds and we are finally seeing the true potential of PCIe Gen 4 drives! 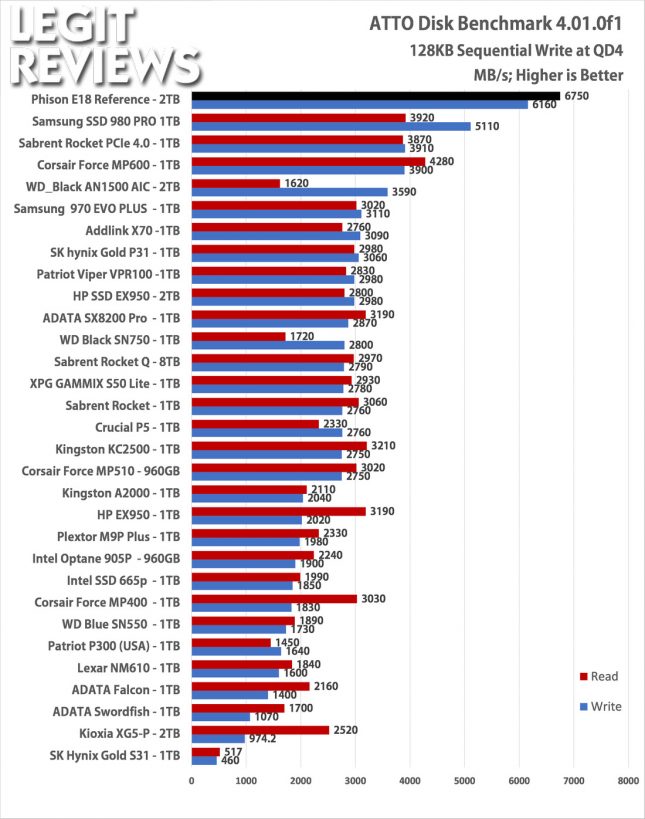 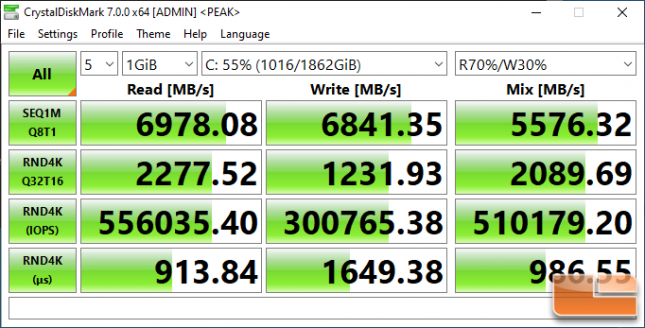 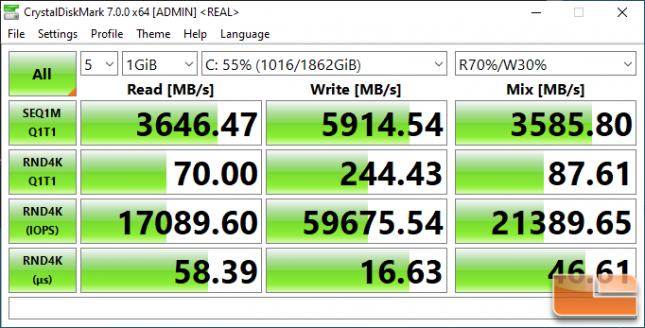