By Nathan Kirsch • 10 months ago 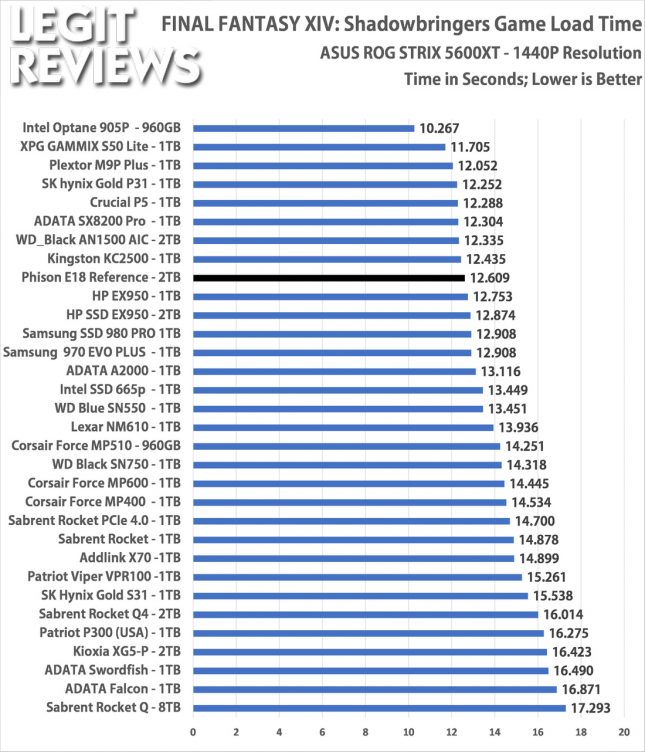 Benchmark Results: When it comes to game load times the Phison E18 development board came in at 12.6 seconds and that puts it in the upper half of the performance chart.