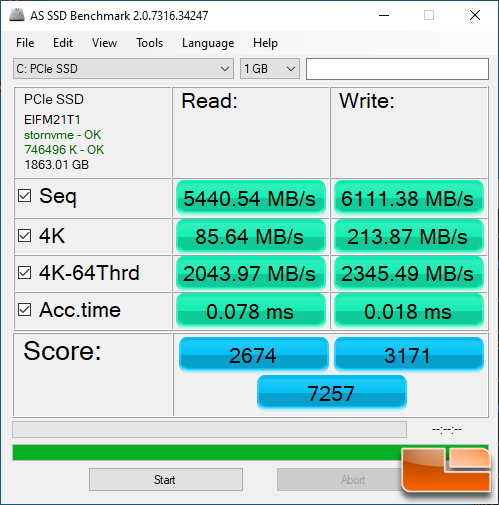 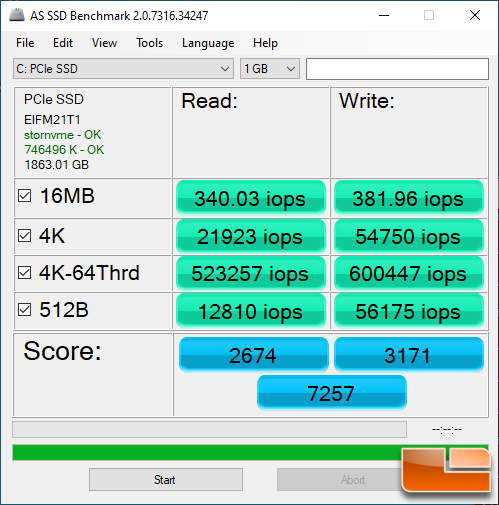 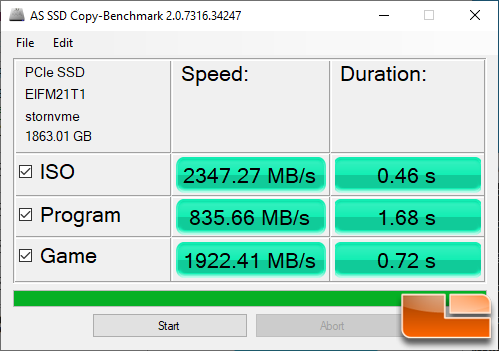 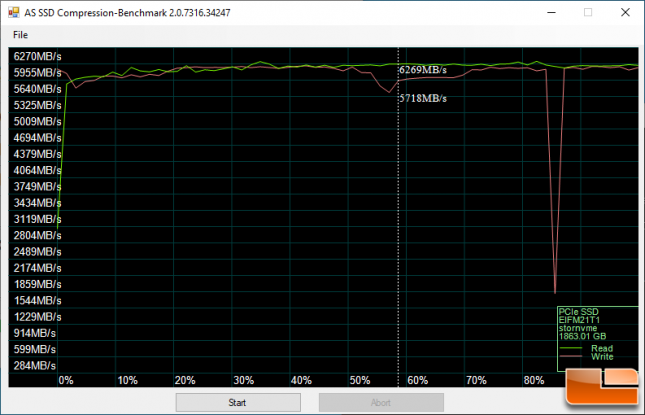 Benchmark Results: For this benchmark chart you would ideally want to see a straight line as you dont want any compression performance loss as the test goes from 0% compressible to 100% compressible data during the benchmark test period. Things were pretty flat here, but there was one big performance pitfall on the write side that took performance from roughly 6GB/s down to about 1.8 GB/s.