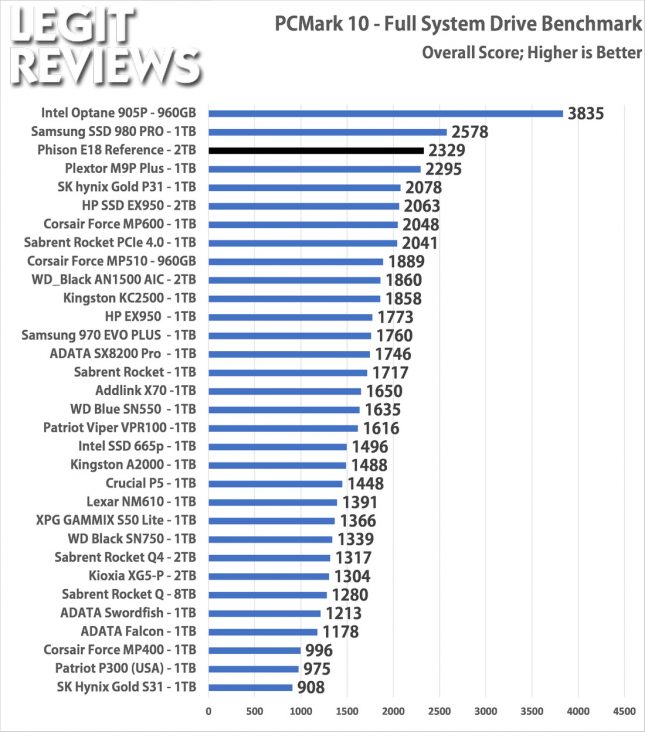 On the full system drive benchmark the results had the Phison E18 development drive finishing with an overall score of 2,329 points. That puts it in 3rd place and Phison has already noted that they are working on firmware improvements that will help performance on PCMark. 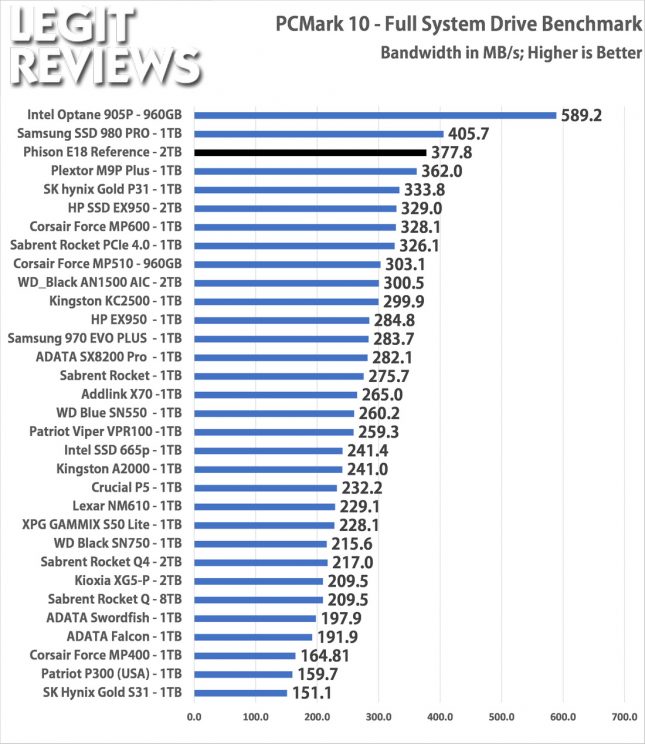 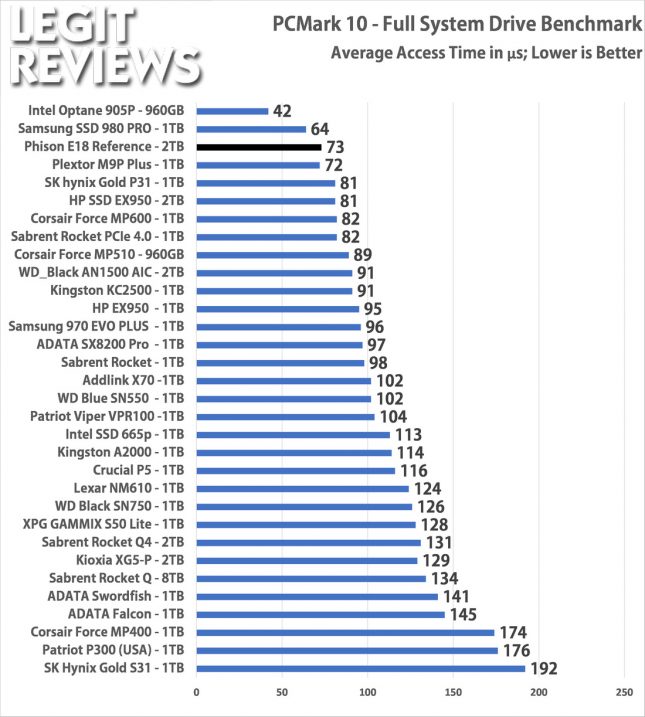 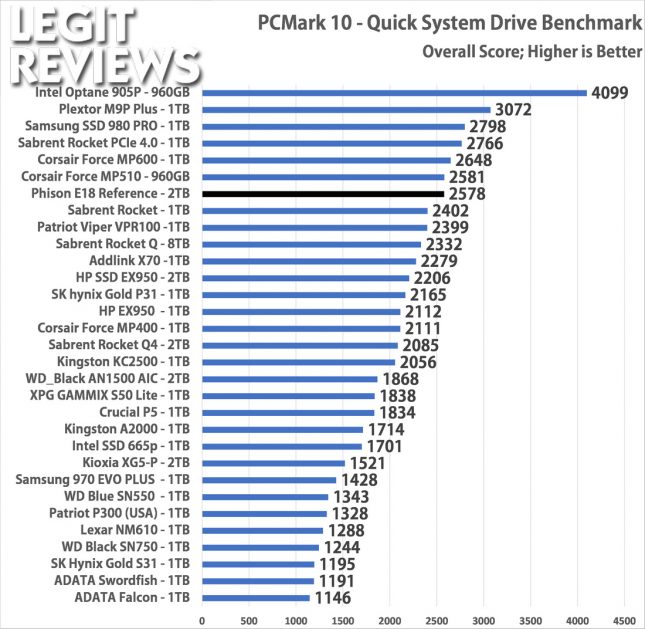 On this lighter workload the Phison E18 development drive fell a little further into the pack on this test with a score of 2578 points. 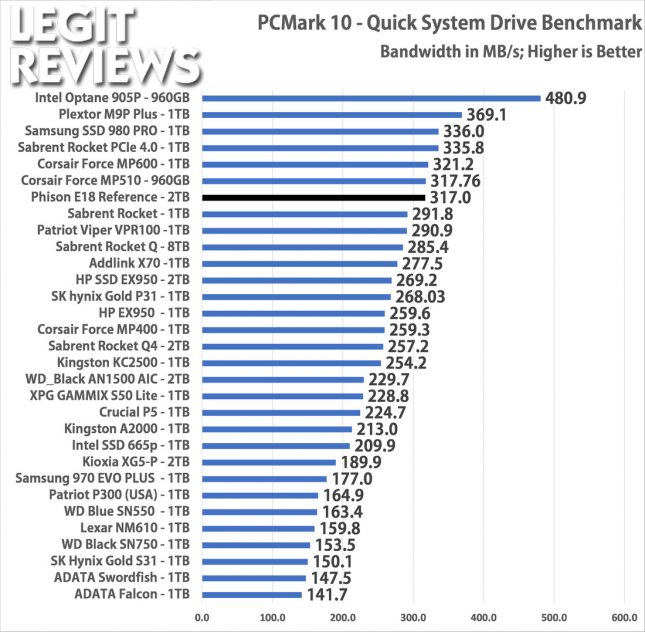 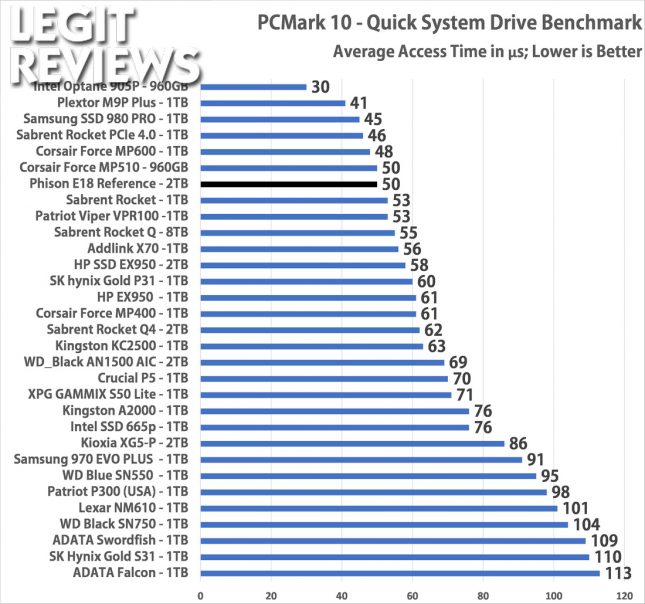 The average access time on the Phison E18 development drive was 50 microseconds for the quick system drive benchmark workload.