The first workload that we will be showing is a trace that uses Microsoft Visual Studio to compile a build of Mozilla Firefox browser. The Phison W18 development drive (2TB ) finished this workload with a read speed of 2030.7 MB/s. 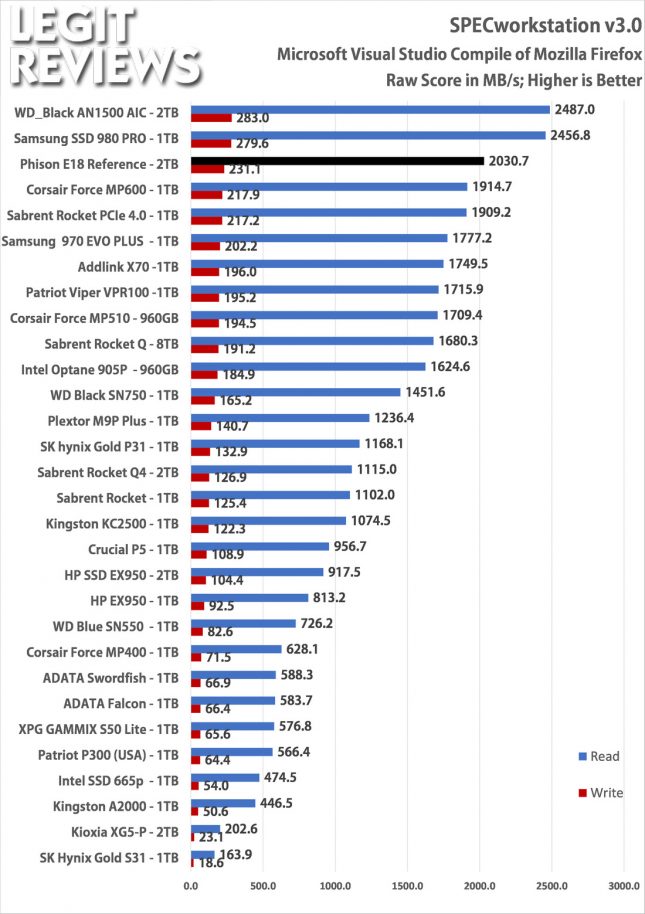 The next trace involves a Handbrake transcode and the Phison SSD finished with 536.2 MB/s on the read speed and 202.3 MB/s on the write side. 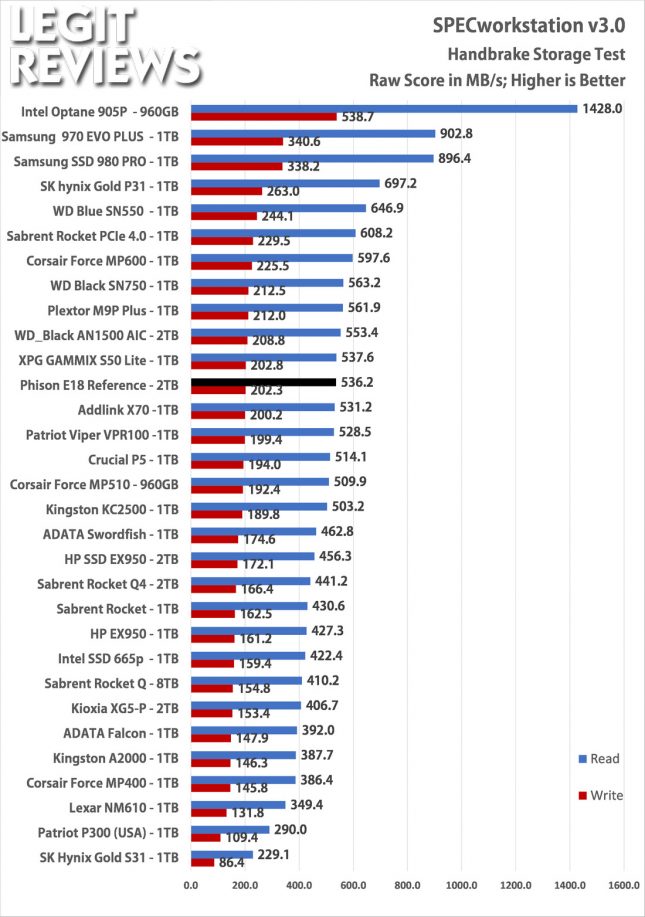 In the 7zip workload the Phison 2TB E18 development board finished with 1420.5 MB/s read and 59.9 MB/s write speeds. We noticed that the drive progressively got slower as the SPECworkstation test was run and reached out to Phison with our results. They confirmed there was a Garbage Collection issue taking place and has resolved in their labs via another firmware update. 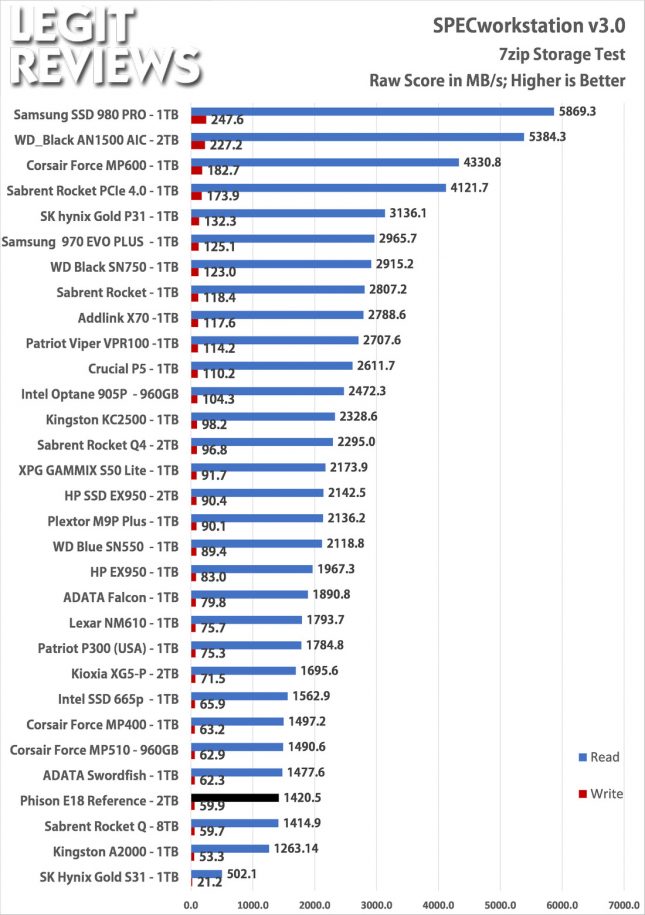