When we first told you about the NVIDIA GeForce GTX Titan video card back in February 2013, we noted that it was powered by NVIDIAs GK110 Kepler GPU and that one of the Streaming Multiprocessors (SMX unit) was disabled. Our review on the GeForce GTX Titan 6GB showed that the card was easily able to beat any single-GPU powered card on the market at the time. NVIDIA followed up the launch of the GeForce GTX Titan 6GB with the more affordable GeForce GTX 780 3GB that had two more SMX units disabled at the end of May 2013. Those two cards were all that NVIDIA needed to dominate the high-end desktop graphics card market for nearly a year. Many gamers and enthusiasts forgot that a fully enabled Kepler GK110 GPU even existed. NVIDIA had certainly not forgotten, they just didn’t mention it. NVIDIA was keeping this trump card close to their chest and waiting for the right time to unleash the beast. 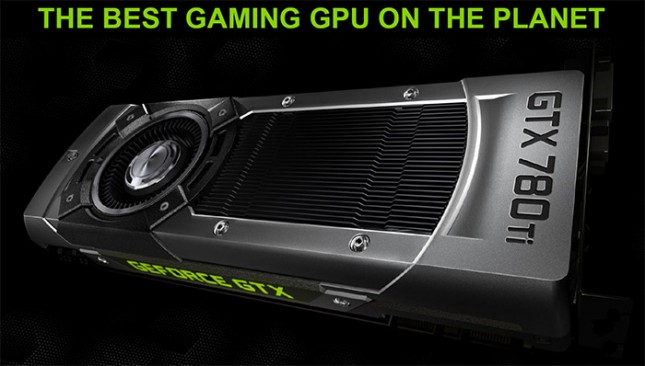 When AMD released the Radeon R9 290X video card, they claimed it was the fastest in the world and our review showed that it was overall the gaming graphics card on the market at normal resolutions and then again when we tested it on a 4K monitor. Around the time of the AMD Radeon R9 290X launch, NVIDIA announced that the would be releasing the GeForce GTX 780 Ti that would be their new flagship card. Shortly after that announcement, NVIDIA cut the prices some of the cards and said that the GeForce GTX 780 Ti would be $699. This was a very unusual move as seldom do we see NVIDIA announce a card, let alone the pricing, weeks in advance.

AMD was able to say they had the fastest video card on the planet for exactly two weeks, but now NVIDIA has released the GeForce GTX 780 Ti and claim that they now have the fastest card in the world! 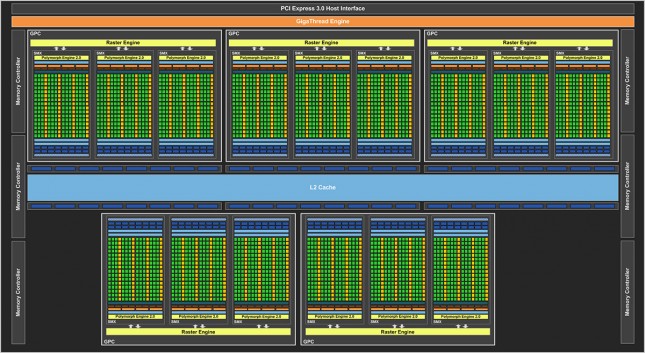 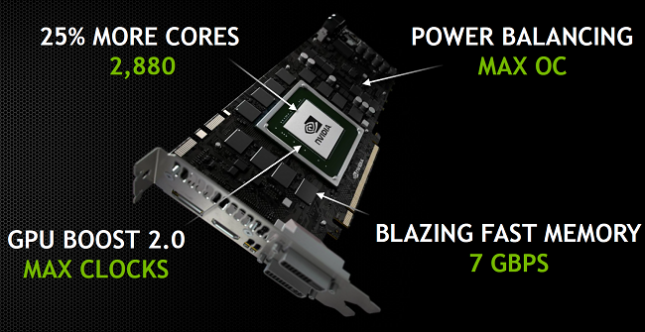 NVIDIA just didn’t enable more cores though and walk away. They also increased the GPU clock speeds on the GeForce GTX 780 Ti to 875MHz base and 928MHz boost from 863MHz base and 902MHz boost on the GeForce GTX 780. This is a subtle 1.4% increase on the base clock and 2.9% on the boost clocks, but remember that the GeForce GTX 780 Ti has 25% more cores as well. NVIDIA gave the memory a major 16.5% speed increase, so the 3GB of GDDR5 memory running on the 384-bit bus has increased from 6008MHz (effective) to 7000MHz (effective). This frequency increase has caused the memory bandwidth to go from 288.4 GB/s all the way up to 336.0 GB/s, so a 16.5% clock increase yields exactly that when it comes to memory bandwidth! 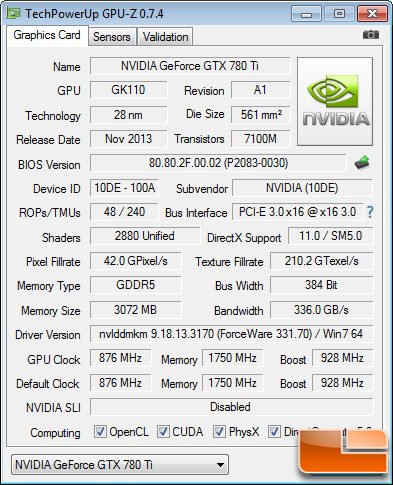 Many were keeping their fingers crossed that the NVIDIA GeForce GTX 780 Ti would have more graphics memory, but NVIDIA left the frame buffer at 3GB.

Since there are no visual changes other than the updated name on the fan shroud well skip straight to testing.