We installed the EVGA Precision X v4.2.1 overclocking utility to see how the NVIDIA GeForce GTX 780 Ti 3GB video card could be overclocked! You can use whatever software utility you like for overclocking, but this is the one we used today. 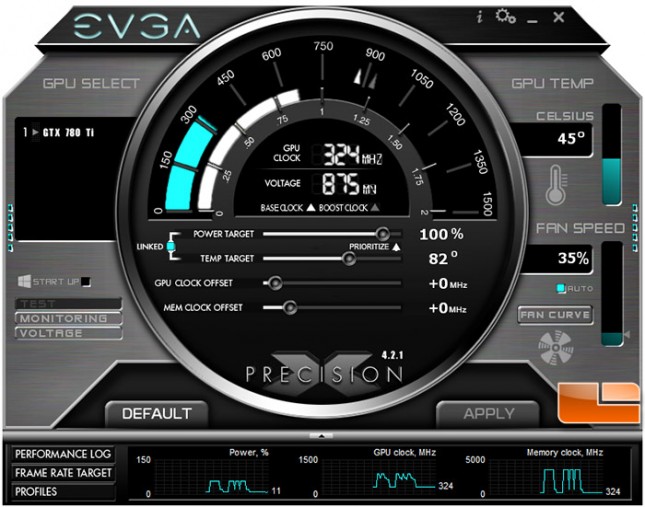 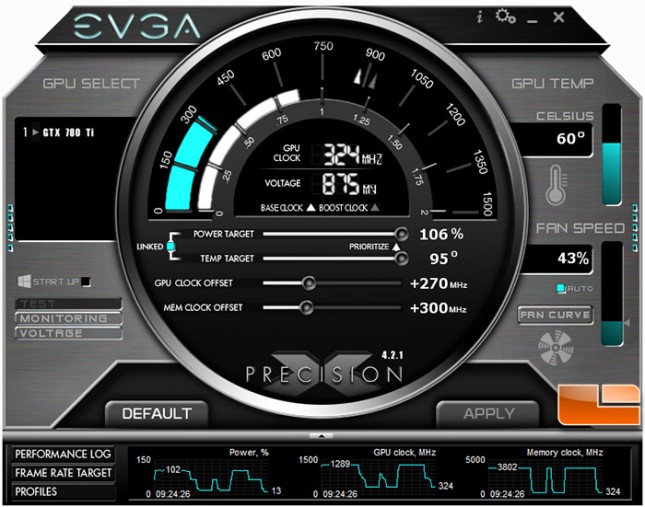 We increased the power target to 106% and the temperature target to 95C. This is the highest possible setting for each. We then slowly increased the GPU clock offset and memory clock offset to see how far we could go before the card would become unstable. We ended up with a GPU clock offset to +270MHz and the mem clock offset to +300MHz before we started to get encounter some issues. Anything over these clock speeds and we would hard locks when gaming followed by a total crash and system reboot. This overclock meant that we were running at 1289MHz thanks to NVIDIA Boost 2.0 on the core and 1901MHz (7604MHz effective) on the 3GB of GDDR5 memory. The card was running in the 80C temperature range with this overclock and we saw the power use in games hitting around 510 Watts. 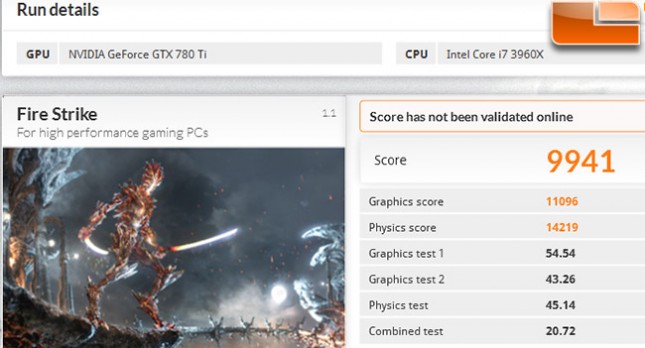 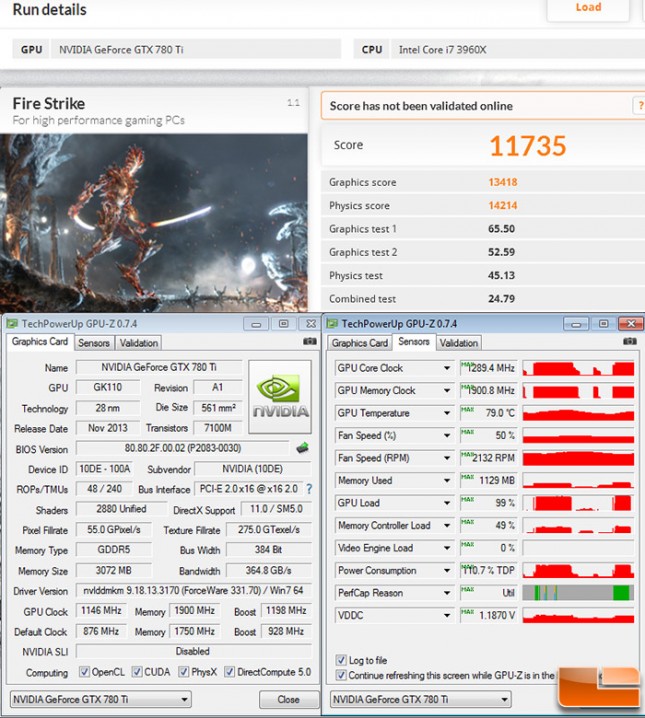 Not a bad overclock at all for a reference card with the stock GPU cooler and fan settings! This is an 1,794 point increase in our overall 3DMark score, which represents a performance gain of 18 percent. 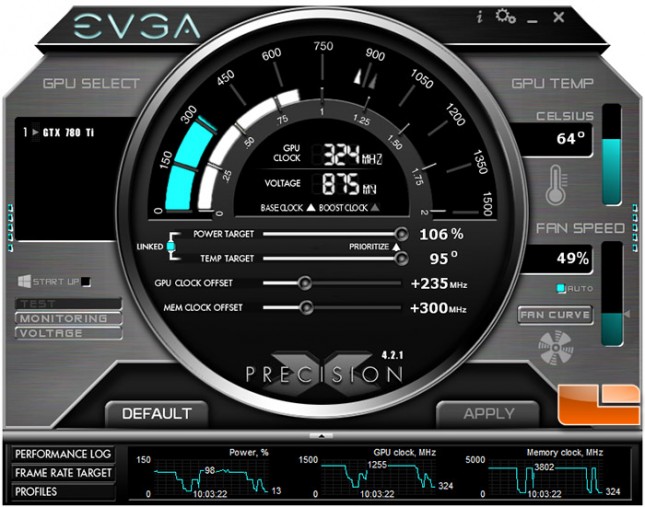 Sadly, we had to reduce our overclock for it to be fully stable in all game titles. By reducing the GPU clock offset from +270MHz to +235MHz we were able to get full system stability in any game title. This put the GPU clock at 1255MHz when boosting and everything was totally stable.

A quick look at three game titles played at two different resolutions showed there was a 16.9% performance increase had from overclocking!