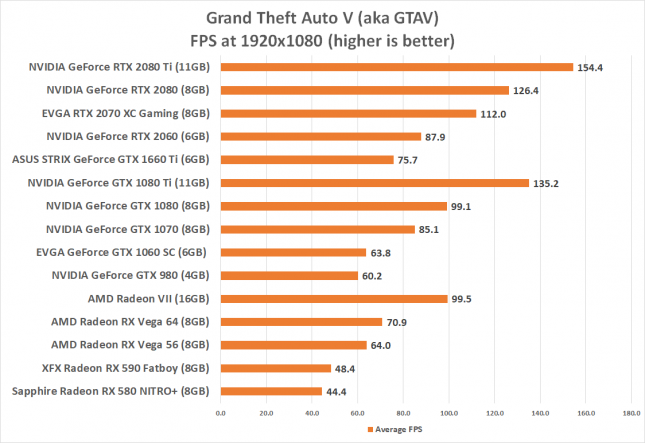 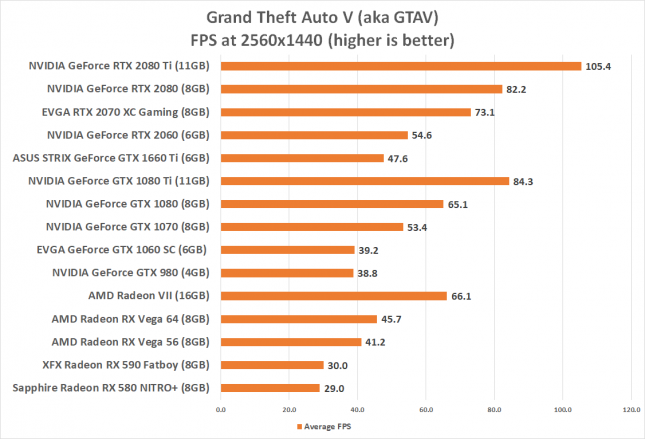 Benchmark Results: In GTAV we found the GeForce GTX 1070 was able to perform slightly better than the new GeForce GTX 1660 Ti, but the Radeon RX 590 got smoked.