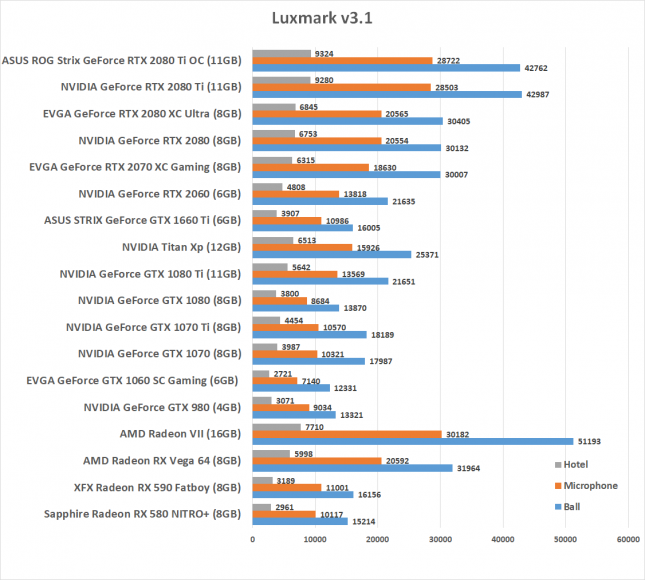 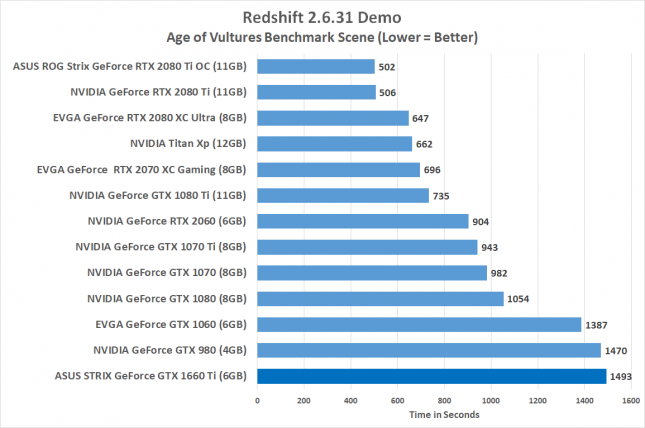 Benchmark Results: The GeForce GTX 1660 Ti did not do too hot on the Age of Vultures benchark scene in Redshift. We contacted NVIDIA ad they informed us that support might be missing in the press driver and to re-test it later with public drivers.