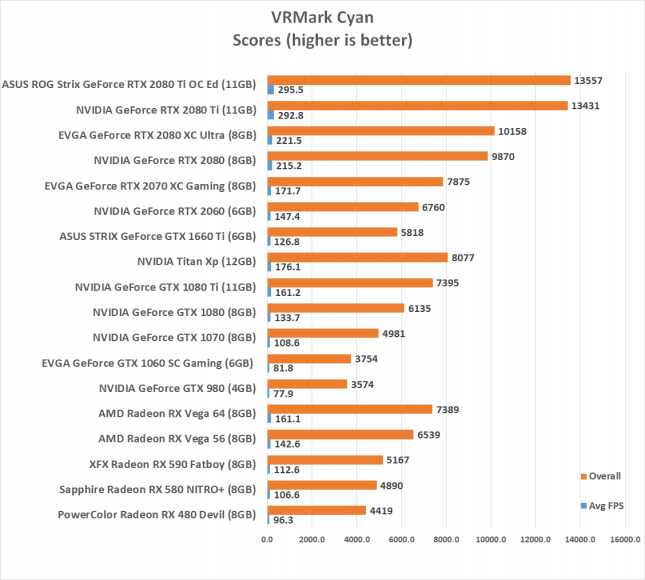 Benchmark Results: The NVIDIA GeForce GTX 1660 Tifinished with a score of 5,818 points. A very solid score that put it ahead of the GeForce GTX 1070, Radeon RX 590 and Radeon RX Vega 56 cards. 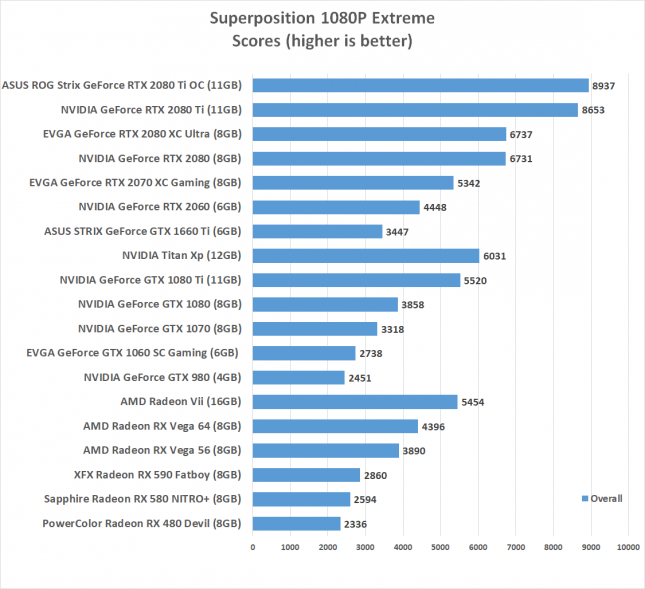 The GeForce GTX 1660 Ti completed the 1080P Extreme preset in Superposition with a score of 3,447points. That is a strong finish that puts it ahead of the Geforce GTX 1070 and Radeon RX 590 models. 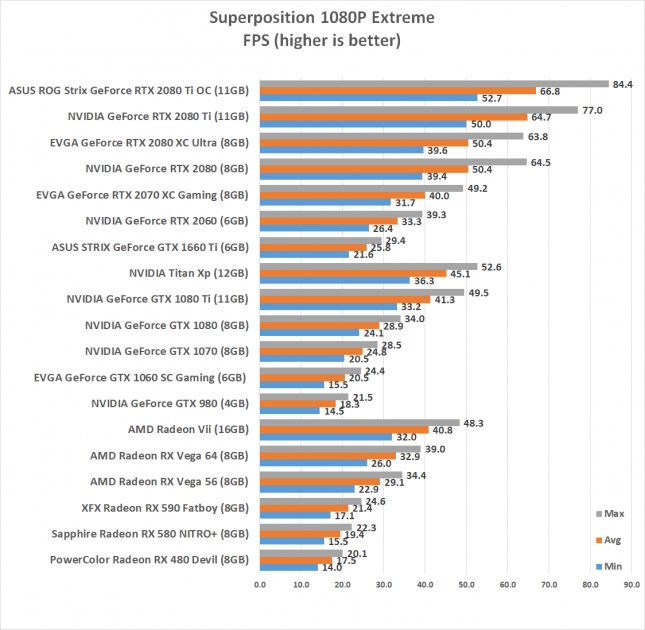 Here are the FPS results from the benchmark for those that would like more details. The GeForce GTX 1660 Ti averaged just over 25 FPS and that isn’t bad as this benchmark makes most cards beg for mercy as you can see from the chart above. The only single-GPU solution that can run this benchmark with over a 60 FPS average would be the GeForce RTX 2080 Ti models.