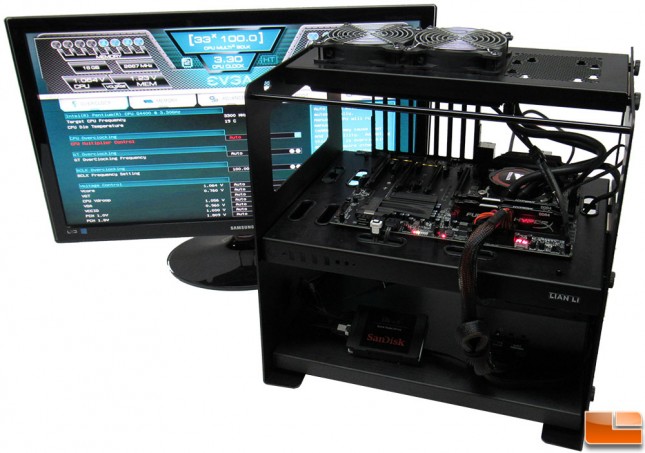 Here is a quick look at the individual components used in the test system:

As you can see, even though the Intel Pentium G4400 is a low cost processor, we have opted to use better than average components to build the rest of the test system.  If you were to purchase the Intel Pentium G4400, you could reduce the price of the other components by purchasing other models.  Such as the dual SSD, you might opt to go with a lower cost SSD, and a standard hard drive. 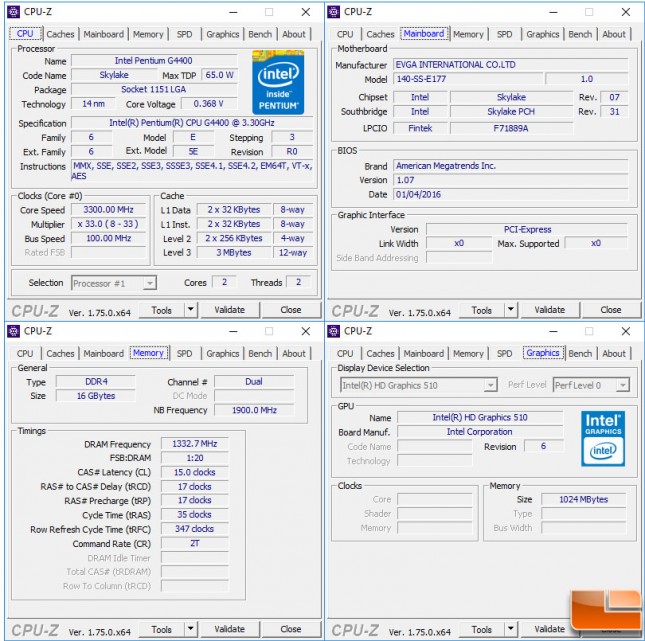 The above listed components will be installed on an open air test bed. Windows 10 Pro 64-bit will be a fresh install with all the latest patches, drivers and firmware available at the time we begin the testing.  The integrated Intel HD Graphics 510 will be tested along with a NVIDIA GeForce GTX 970 for the gaming performance tests.

In addition to the Intel Pentium G4400 processor, we will also install an Intel i5-6600K onto the test bed for something to compare it to.  Unfortunately, an i3 processor was unavailable to be included in the testing.  The Intel i5-6600K will not be overclocked for this testing, so be more in line with a lower cost i5 processor.