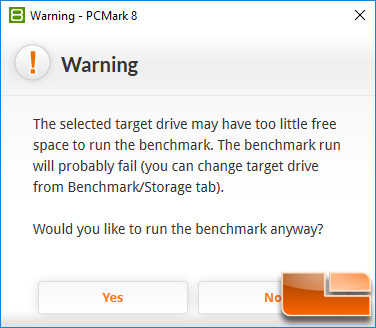 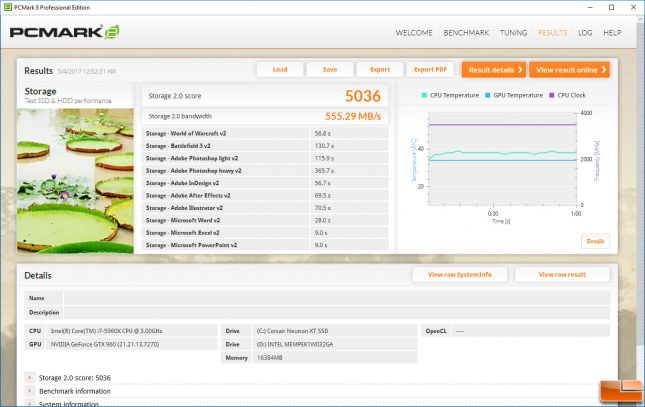 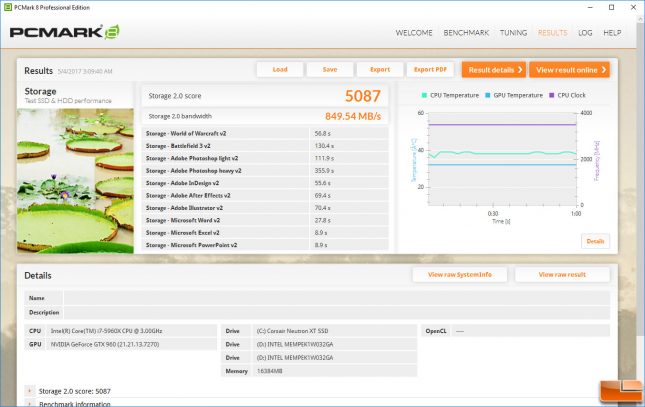 Benchmark Results: When it comes to PCMark 8 performance we weren’t able to run it on the boot drive as it didn’t have enough free space with Windows 10 installed, but we got 5,044 points as a secondary drive and 5,087 points in RAID 0. 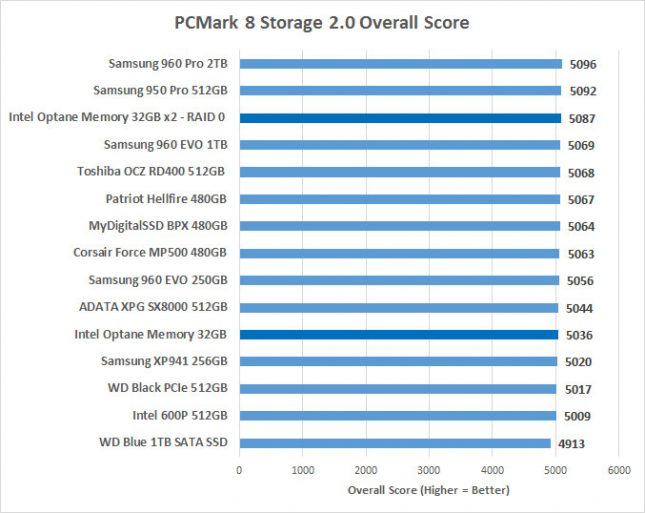 Benchmark Results: The overall score of 5,036 places the Intel Optane Memory Module 32GB just behind the ADATA XPG SX8000 SSD in the middle of the pack slightly above the entry-level PCIe SSDs like the Intel 600P 512GB and the WD Black PCIe 512GB. While the overall score on PCMark 8 shows all the drives are very close to one another when it comes to performance, when you look closer at the results you’ll see some bigger differences. 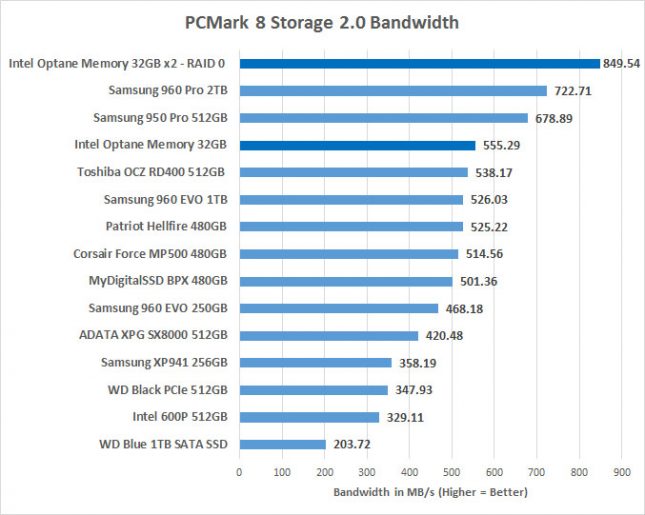 For example the Storage 2.0 bandwidth test results shows the total amount of bytes read and written during the test divided by the time the test took. Here you can see that the Intel Optane Memory M.2 PCIe NVMe 32GB drive came in with a score of 55529 MB/s as a secondary drive and then 849.54 as a secondary RAID 0 array! Keep in mind that Futuremark told us it is normal for 3DMark and PCMark scores to vary by up to 3% between runs since there are factors in modern, multitasking operating systems that cannot be completely controlled.

Let’s wrap this review up