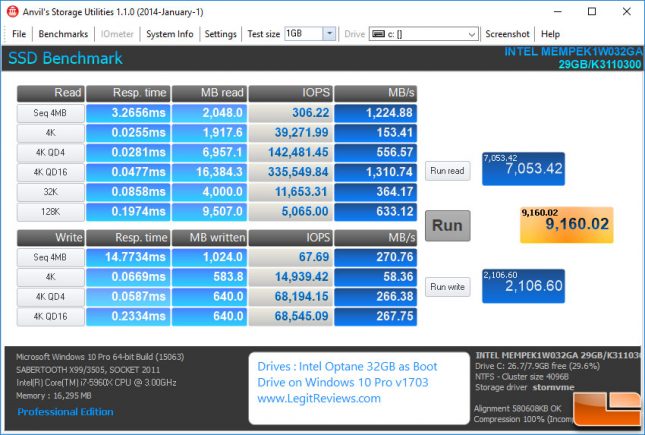 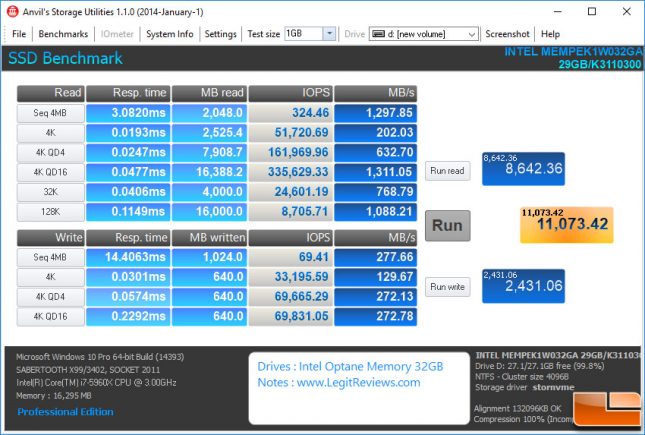 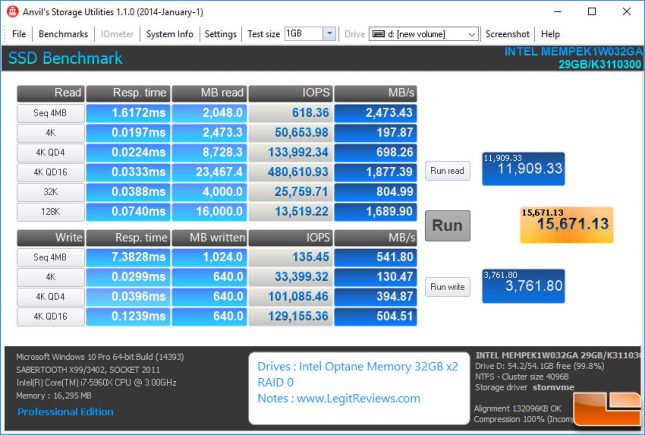 Benchmark Results: The Anvil SSD Benchmark showed that with 100% compression (incompressible data) the Intel Optane Memory 32GB PCIe NVMe SSD scored 9,160 points with the stock Windows NVMe Driver as the Windows 10 boot drive and then 11,073 points as a secondary driver. With two Intel Optane Memory drives in a dynamic software RAID 0 we got a score of 15,671 points with nearly 2,500 MB/s sequential read and 550 MB/ sequential write speeds. Note that Windows write-cache buffer flushing was left enabled on the drive. 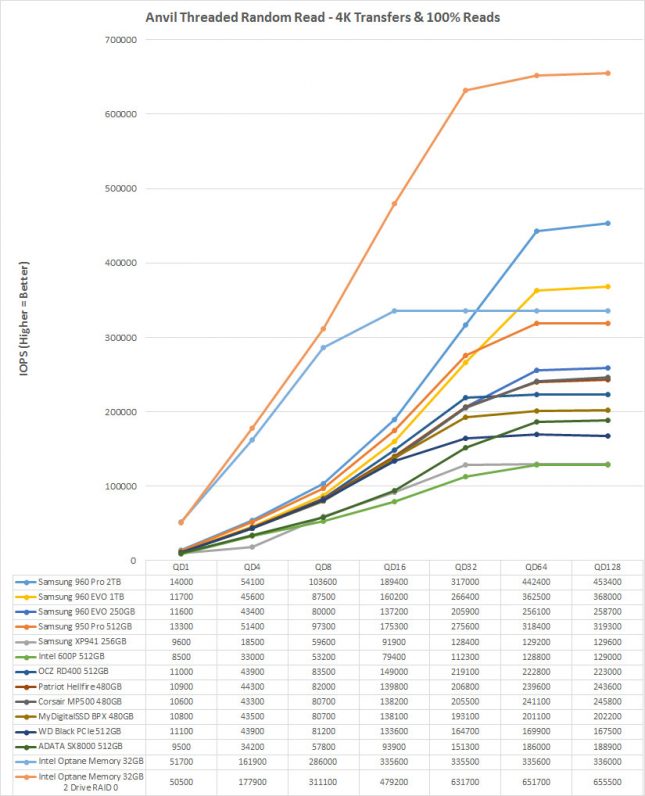 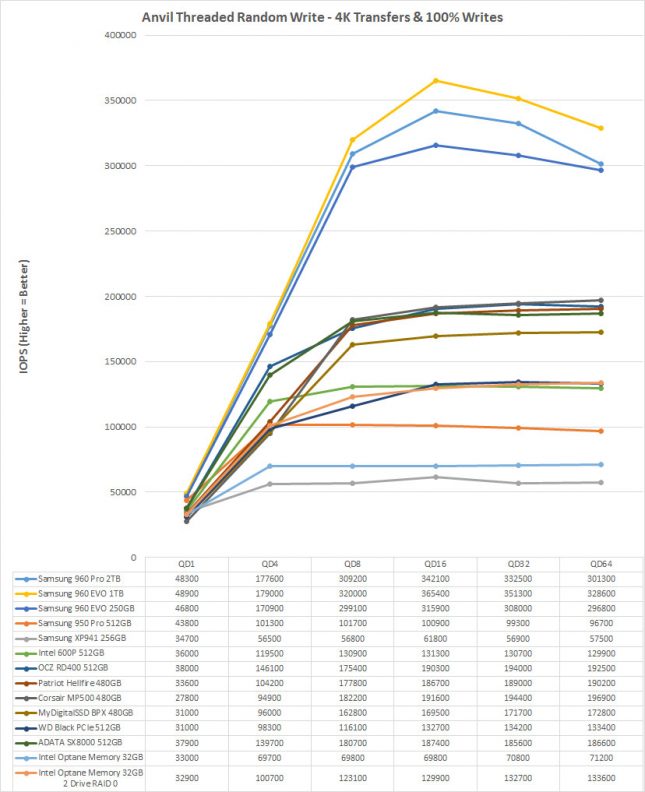