The readout on CrystalDiskInfo 7.0.5 shows that the Intel Optane Memory series supports S.M.A.R.T. and nothing else. The drive we received had firmware version K3110300 installed and that is the version that we used for general testing and benchmarking. 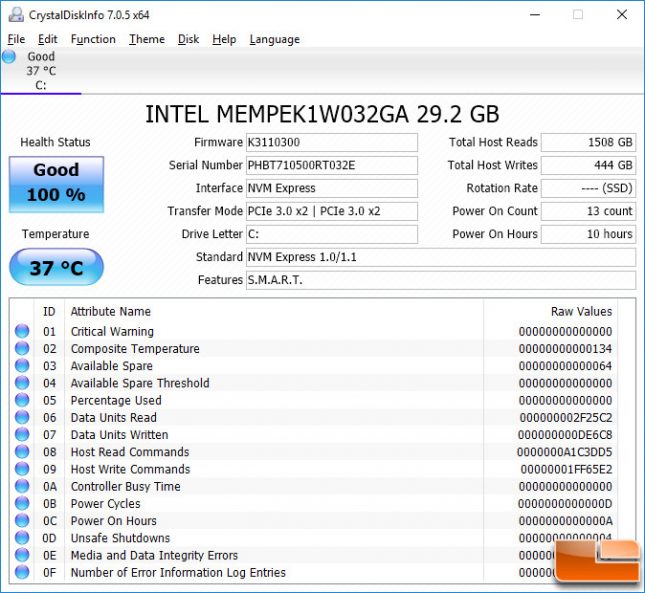 The overall capacity shows up as 27 GB in Windows 10 and if you wanted to install Windows and make this a boot drive you’d use up 14.3GB of space before any drivers, applications or Windows updates are installed. With just 12.3GB of space left after a clean install of Windows 10 Pro version 1703 on this 32GB drive you might not want to make it a boot drive! 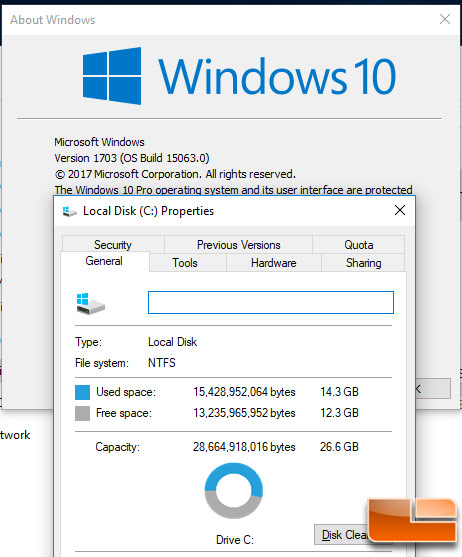