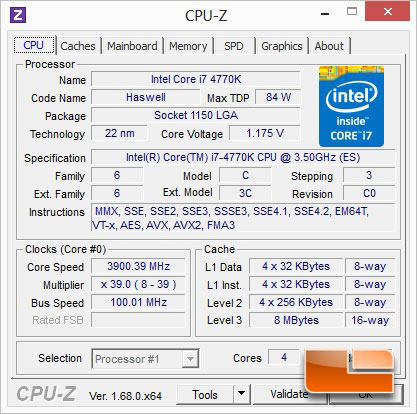 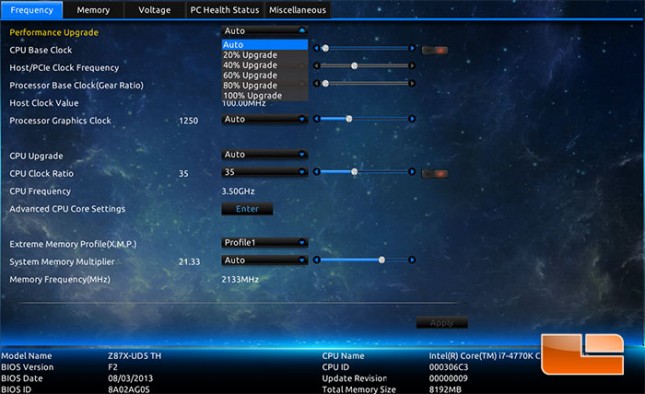 The GIGABYTE Z87X-UD5 TH has the option within the UEFI BIOS to use the performance upgrade. We weren’t holding anything back so we went for broke and selected the 100% Upgrade choice! We saved our settings and exited the UEFI BIOS, and were right into Windows! 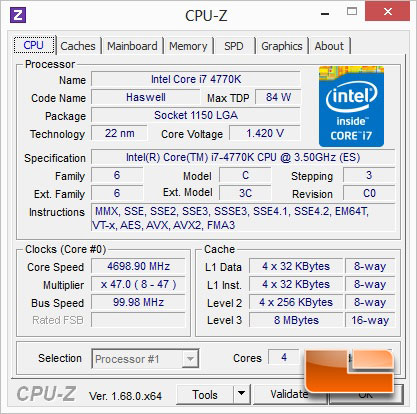 Once I was in Windows 8 I fired up CPUz 1.68.0 x64 to see where everything was at, rocking solid at 4.7GHz! Using the CPU upgrade option in the UEFI BIOS brought our CPU multiplier to x47, and our CPU vCore to 1.42 Volts. 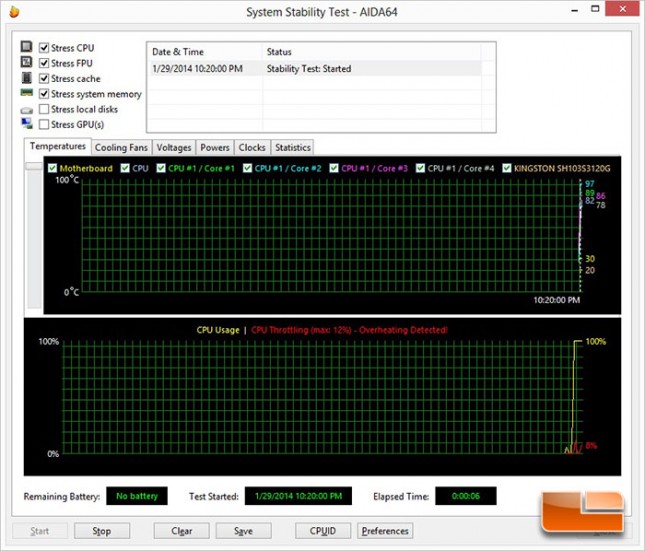 As I commonly do, I fired up AIDA64 to see if our overclock was anywhere in the realm of stable. Unfortunately the CPU vCore of 1.42 is a touch on the high side for our particular Intel Core i7 4770K ES. Retail processors take a bit more voltage to hit the higher overclocks, meaning likely that GIGABYTE is right on the money. Also safe to note that they aren’t the only company that is running this much voltage through a chip when using the auto OC feature. 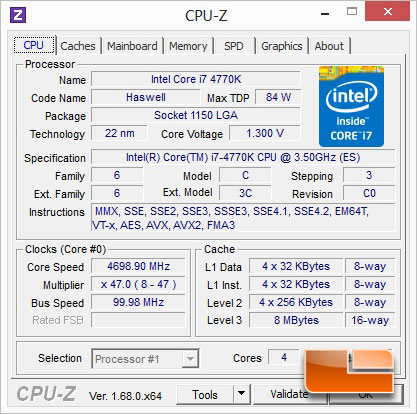 Leaving everything else in place from the CPU Performance upgrade, I backed down the vCore to 1.3 Volts and the system was rock solid at 4.7GHz! 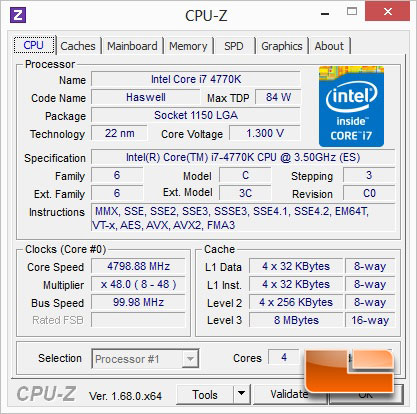 Wanting to see if I could get some more out of the Intel Core i7 4770K and the GIGABYTE Z87X-UD5 TH I increased the CPU Multiplier one more notch, up to 4.8GHz! Once I saved and exited the UEFI BIOS the system went right into Windows without any issues whatsoever! 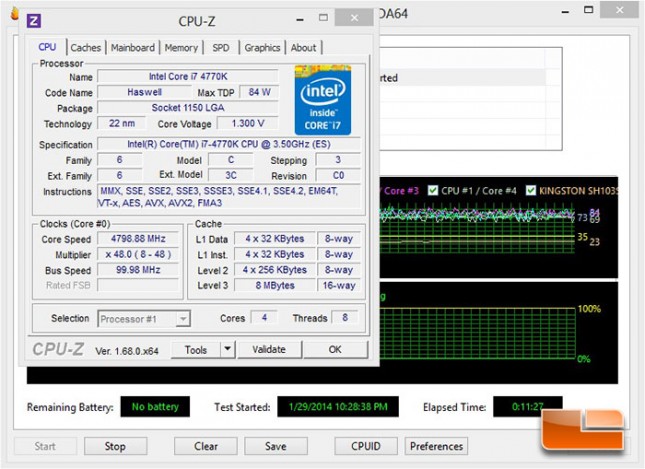 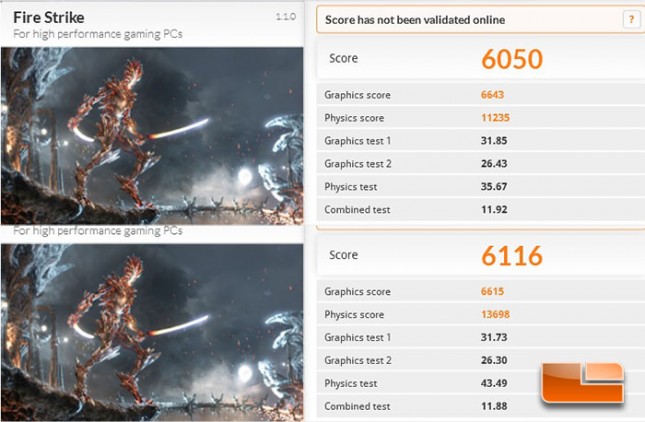 Overclocking wouldn’t be complete without some benchmarking, using an overclockers favorite tool, 3DMark I was able to increase the overall score from 6050 to 6116. Okay, so it’s not a huge jump in the overall score, but looking at the Physics score which is highly dependent on the CPU performance there is quite a jump! When running the Z87X-UD5 TH at stock speeds the physics score was at 11235, running the Intel Core i7-4770K at 4.8GHz the physics score jumped 2463 points to 13698! That’s an increase of 22%!