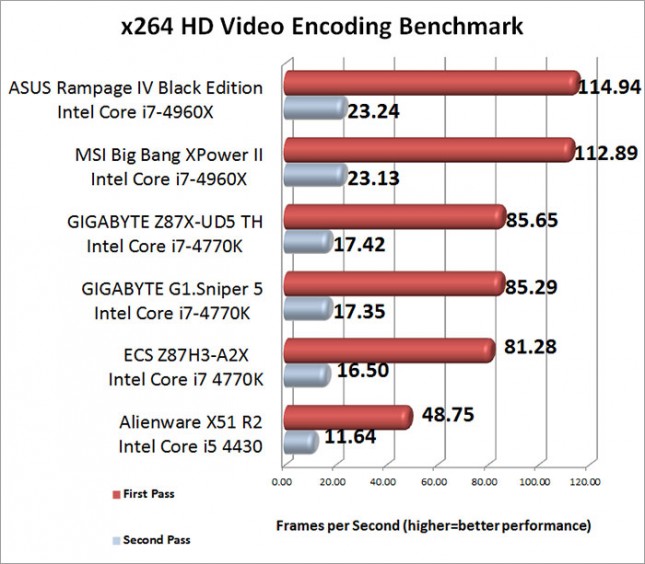 Benchmark Results: In the x264 HD Video Encoding benchmark the GIGABYTE Z87X-UD5 TH continued its reign over the other Intel Z87 chipset motherboards. The first pass which isn’t the most processor intensive averaged out to 85.65 frames per second. During the second pass, the Z87X-UD5 TH averaged 17.42 frames per second. These aren’t huge differences between the boards but it’s certainly worth noting.
Questions or comments? View this thread in our forums!
Tweets by @LegitReviews