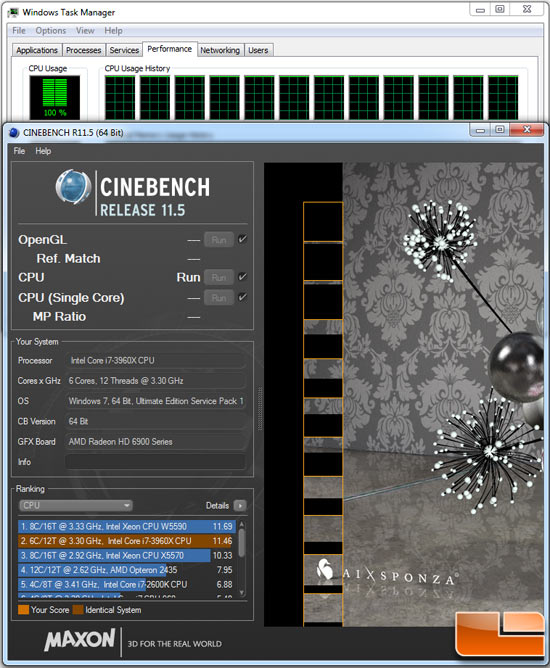 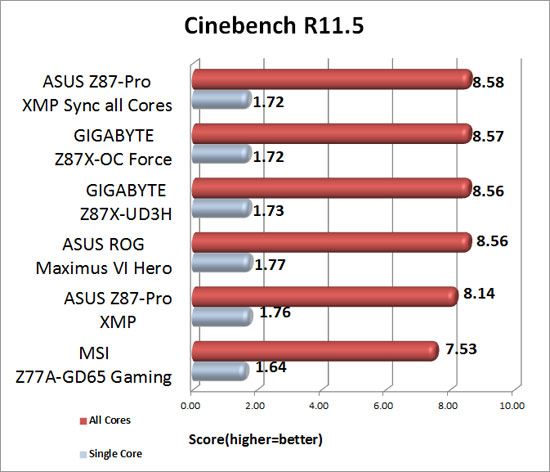 Benchmark Results: The GIGABYTE Z87X-OC Force was right on par with our other Intel Z87 Motherboards with an SMP score of 8.57 points. The single core score wasn’t as high as some of our other motherboards, though it was still a respectable 1.72 points and not a score that we haven’t seen previously.