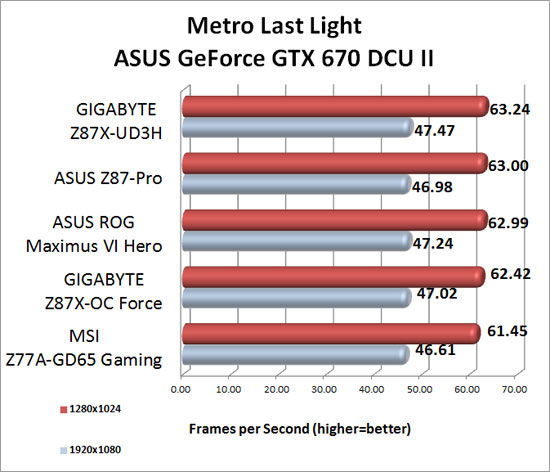 Benchmark Results: While the GIGABYTE Z87X-OC Force may not be a ‘Gaming’ Board per se, it was more than capable of handling itself. Running Metro Last Light at 1280×1024 we were able to average 62.42 frames per second, fourth in our line of competitors, though separated by ~.8 frames per second or roughly 1.3%. Increasing the resolution to the more popular 1920×1080 the Z87X-OC Force jumped up a spot to third and was only .45 frames per second behind, roughly 1%.