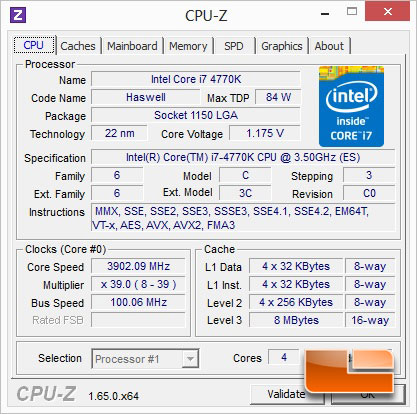 The Intel Core i7 4770K runs at a non-turbo speed of 3.5GHz and turbo will ramp the processor up to as high as 3.9GHz under a lightly threaded load, or under a full load 3.7GHz as we can see above. Since we are using a K series processor which has an unlocked multiplier we will be able to increase the default x35 multiplier to achieve our overclock today. This is the easiest way to overclock K series processors and should provide us with some great speeds. 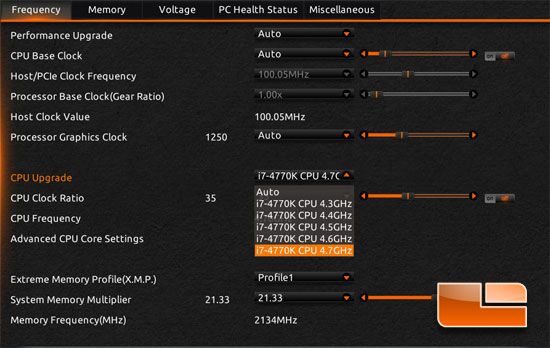 We first started out with with the CPU Upgrade option in the GIGABYTE UEFI BIOS. This option will allow you to set your processor to either 4.3GHz, 4.4GHz, 4.5GHz, 4.6GHz, or as high as 4.7GHz. I will give you a guess as to which one we tried first, yup you guessed it! We went right to the 4.7GHz setting and we booted right up without any issues. Though as with previous motherboards, the auto overclocking was a little to high on the CPU VCore for our particular processor. 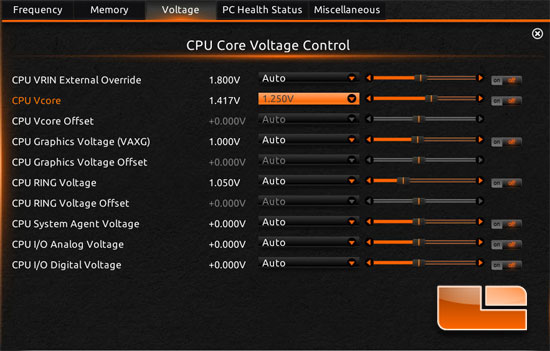 The CPU Upgrade set the VCore to 1.417 Volts, significantly higher than we needed. We dropped the voltage to 1.25 Volts and we were running rock solid. While this voltage may work for our Intel Core i7 4770K (ES) other chips may need the higher voltage to hit 4.7GHz. 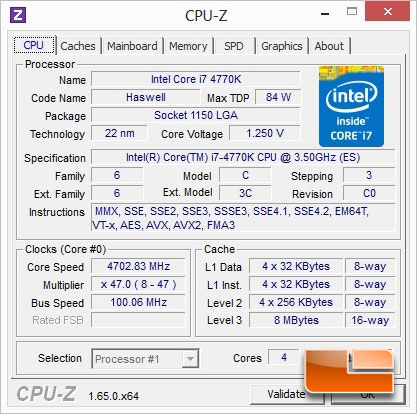 Once we tweaked the voltage down a bit we were golden at 4.7GHz! 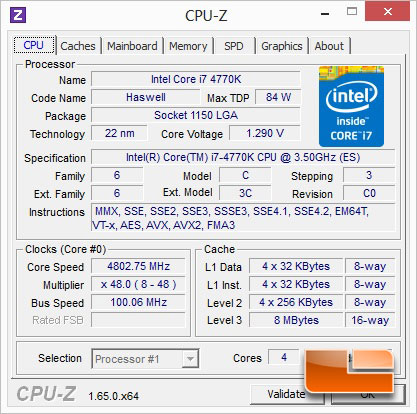 With a slight bump in the CPU VCore we were able to hit 4.8GHz. 4.8GHz has pretty much been the limit of our chip when using the Corsair H100i at ambient temperatures. Since the GIGABYTE Z87X-OC Force is an overclocking board, it was decided that the ‘Redneck’ chilled water loop would come out to play. 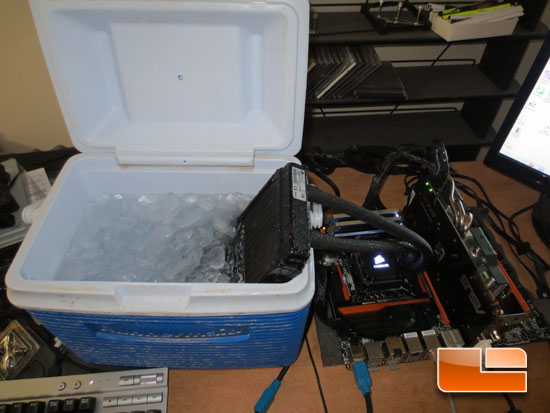 It’s certainly not the most glamorous chilled water loop I’ve ever seen but it gets the job done in a pinch. 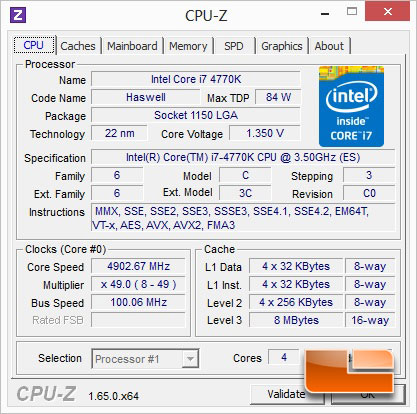 Using the epic cooling solution that I was using, I had really hoped to push our Intel Core i7 4770K further than 4.9GHz. I was able to get into Windows at 5.0GHz, but I couldn’t get any stability when firing up anything that would stress the processor. There may be some more tweaking in the near future to see if I can hit 5.0GHz, but for now I’m mostly happy with 4.9GHz. 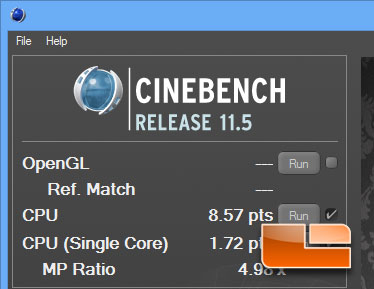 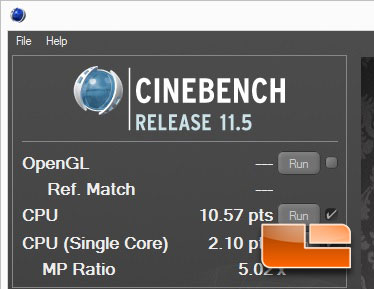 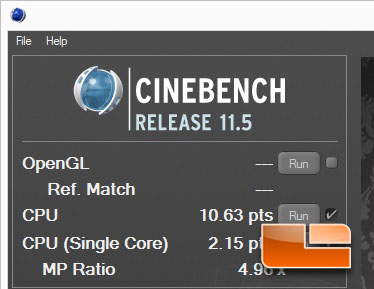 When it was all said and done we were able to increase our score in Cinebench from 8.57 points/1.72 points at stock speeds to 10.63 points/2.15 points at 4.9GHz! That’s an overall improvement of 24% for all cores and 25% for the single core benchmark!