Using a P3 Kill-A-Watt meter, we will monitor the power consumption of the test system throughout all phases of testing.  We will track the highest and lowest readings for each test. 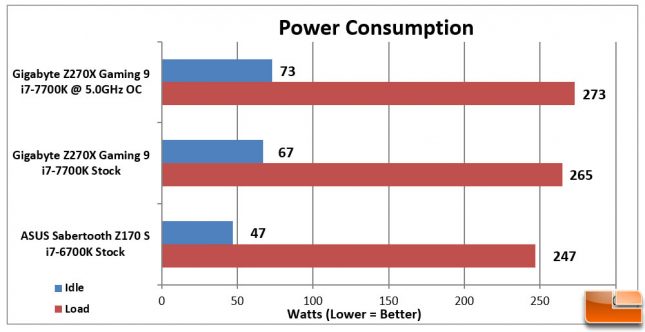 While testing the base clock speed of the Gigabyte Aorus Z270X Gaming 9 system, we found it was pulling around 20W more power at idle, than the ASUS Sabertooth Z170 S test system with the same hardware.  Under a load, it went up to 295W of power, which is a bit higher than we expected.  Once overclocked, we saw the Z270X Gaming 9 go from 73W at idle to 273W under a full load; which is only 8W more than the base clock speed testing. 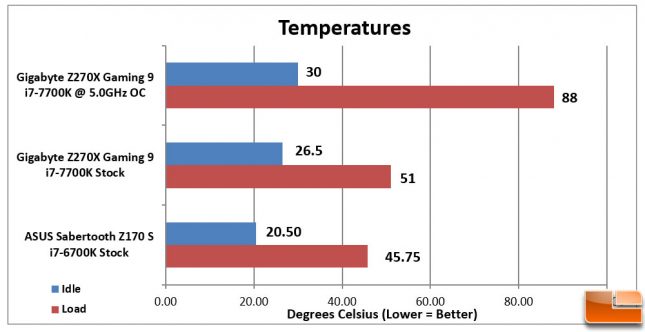 At idle, the Gigabyte Aorus Z270X Gaming-9 and Intel i7-7700K was right around 26.5C, once we put the system under a heavy load and the system heated up, it was reaching temperatures right around 51C.  As you would expect, when overclocked, the idle temperatures went up, reaching 30C while idle.  However, once we loaded it up, that jumped 88C.  Even at 88, while it is a fairly high temperature reading, it is within thermal limitations, and shouldn’t pose any issues.