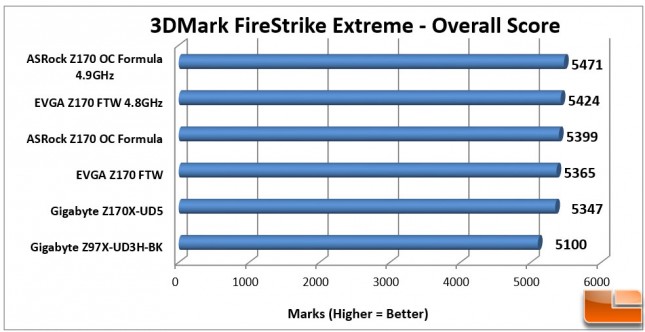 Futuremark’s 3DMark Fire Strike Extreme gives a good idea how a system should run for gaming.  With a score of 5365, the EVGA Z170 FTW was right in the middle of the three Z170 motherboards tested.  The range of the three Z170 systems is less than 1% difference between the lowest and highest score, so this shows the EVGA Z170 FTW should perform similar to other Z170 systems. 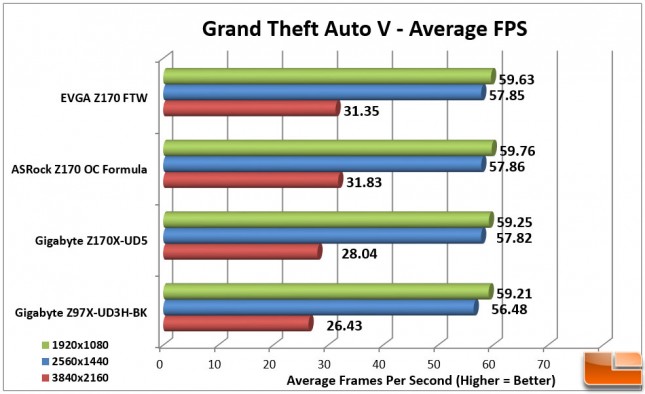 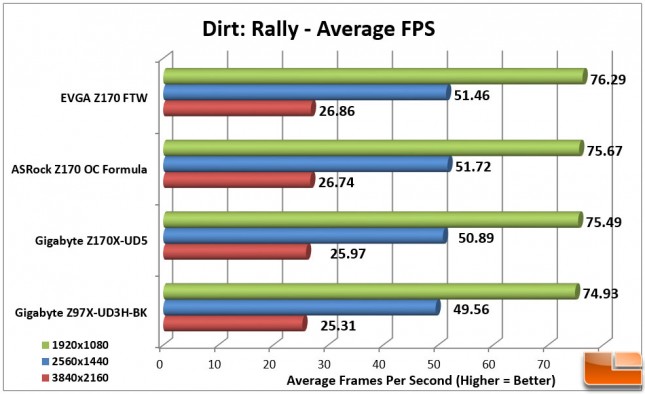 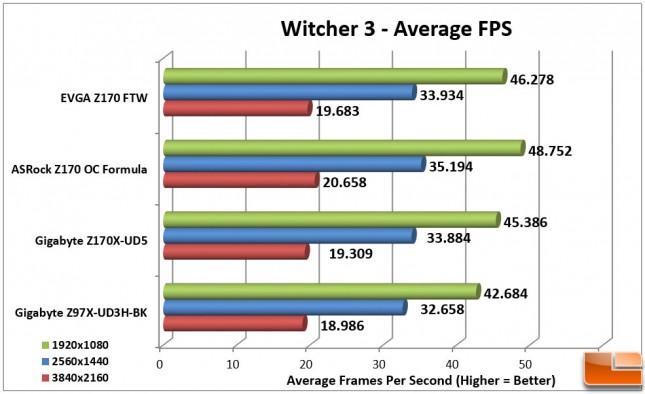 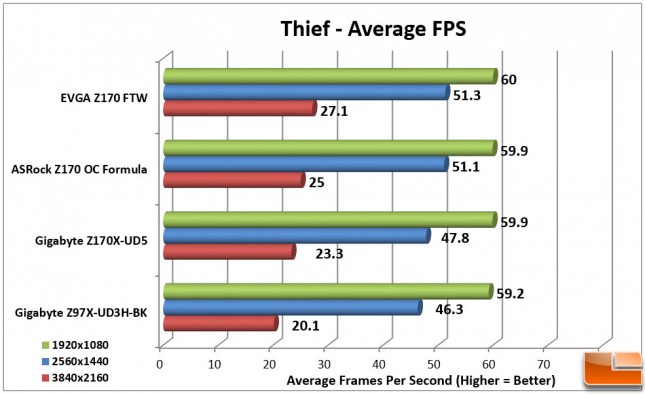 Gaming Performance Benchmark Results: Depending on the game, and your system components will be a big factor on how the EVGA Z170 FTW performs.  From our testing, the gaming performance was typically within a 1% difference between each of the systems running at the same resolution.  The Witcher 3 is probably the most graphic intensive game included in the bunch, and in this testing, the EVGA Z170 FTW didn’t do the best, but was still within 3% of the top performer.