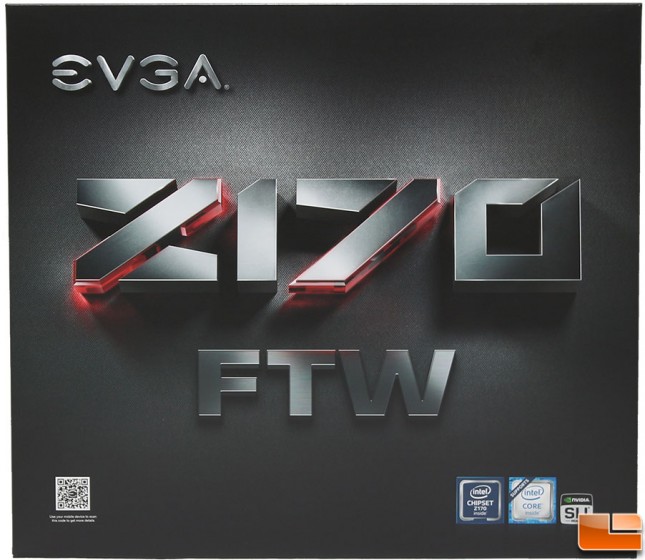 EVGA isn’t one to go for flashy graphics on their packaging, they go for a more minimalist design.  Presenting the model, and a few key specifications such as the Intel chipset, and NVIDIA SLI.  Otherwise, the front of the package has the specific model in an eye catching 3D type of font that would cause it to stand out from the brightly colored, graphic heavy motherboards sitting on the shelf at a local retailer. 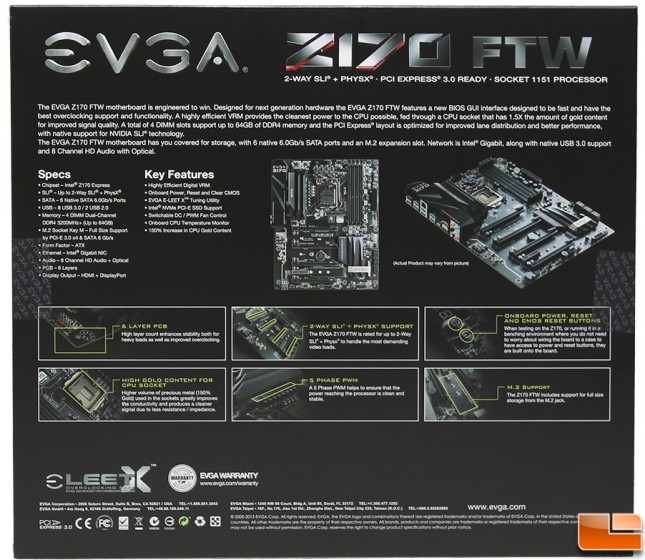 The front doesn’t provide much information, but flip over to the back and we get all the information we could want.  Here the specifications and key feature are spelled out, along with a good view of the motherboard itself.  Six of the major features got into more detail with pictures showing exactly what they are talking about.

Inside the outer sleeve is a heavy duty cardboard box that when opened you find the accessories, which are all bundled individually.  Beneath the accessories tray is the motherboard which is protected by an anti-static bag and some foam that is wrapped around two sides of the motherboard. 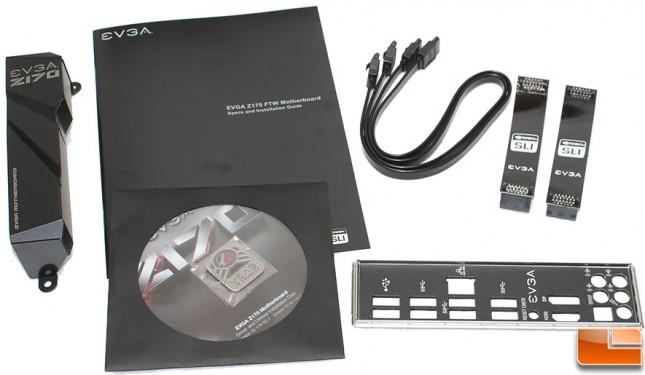 The accessory bundle is pretty light with the Z170 FTW.  The rear I/O shield, a simple user manual, software/driver disk, two SATA cables, two flexible SLI bridges and the rear I/O key.  Nothing too out of the ordinary, it has a few less SATA cables that I usually see with motherboards, but that’s not a big issue.  My question is though, why two SLI bridges, when the Z170 FTW only supports one SLI connection.