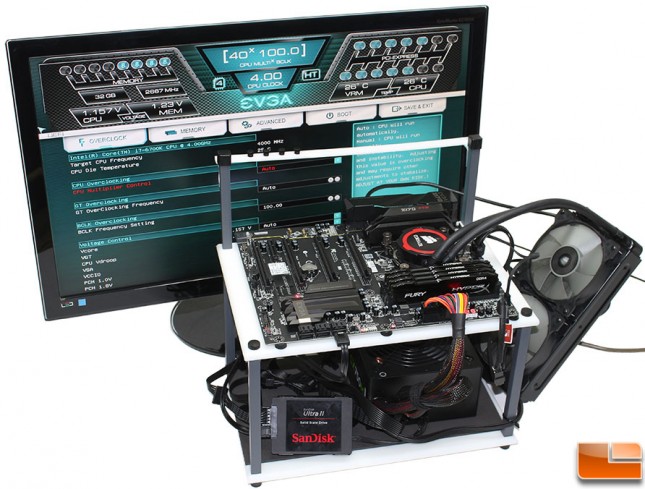 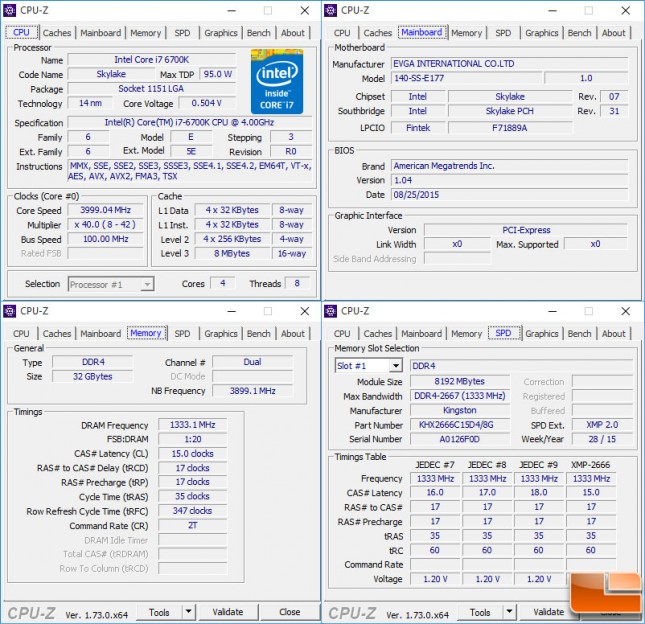 Now for a quick look at the eVGA GTX 970 that we will be using with NVIDIA driver version 355.60.

The above listed components will be installed on an open air test bed.  Windows 10 will be a fresh install with all the latest patches, drivers and firmware available at the time we begin the testing.

All testing will be done in a temperature controlled room that maintains a 72F (22.2C).  A 24-hour burn in is done to allow the thermal paste time to cure before doing any thermal testing.

I noticed pretty quickly during installation that the rear I/O cover interferes with the back of the GPU, even without a backplate.  While it’s not a good idea for anything to be rubbing up against another component, EVGA has placed a piece of heavy duty plastic where the two meet, helping to ensure no shorts can happen.

The EVGA GTX 970 we are using in testing, happens to have the EVGA backplate on it; which increases the width of the card by a little.  Once again, it rubs up against the I/O cover, however I was able to install the card as the backplate has a little give, if the screw that is securing it under the GPU isn’t overly tight.  This is something that EVGA should look into and resolve; other manufacturers have included rear I/O covers without having any issues with touching the back of the GPU. 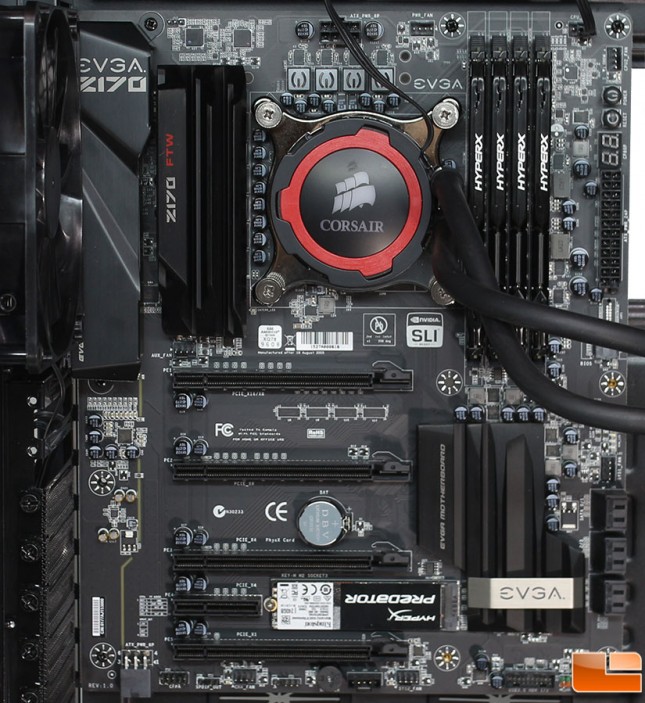 One little annoyance with the EVGA Z170 FTW, if you are using a M.2 drive, you have to manually enable the M.2 socket.  This is done in the UEFI BIOS, under the Advanced menu option “Onboard Device Configuration”.  M.2 hasn’t quite taken over th drive market, so this won’t affect many people. 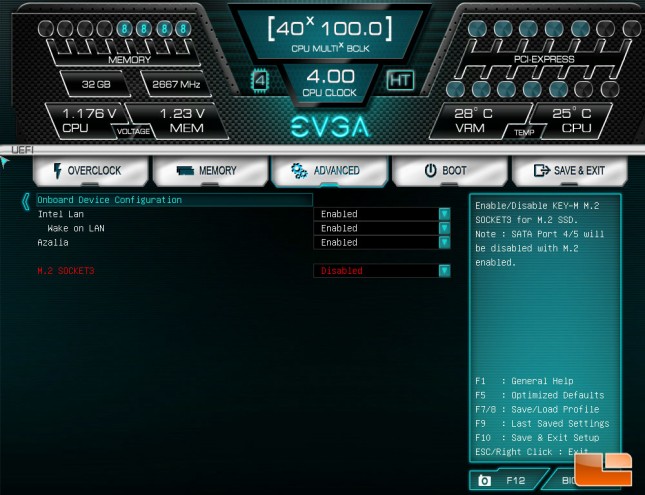 In addition, the Kingston Predator M.2 drives used in this testing do not like to run under the UEFI configuration, so within the BIOS we had to change the Boot Mode from UEFI to Legacy.  This is a limitation on the Kingston M.2 drive, however the EVGA UEFI BIOS defaults to booting only in UEFI, there is no “Both” option like there is on many other system; UEFI or Legacy.