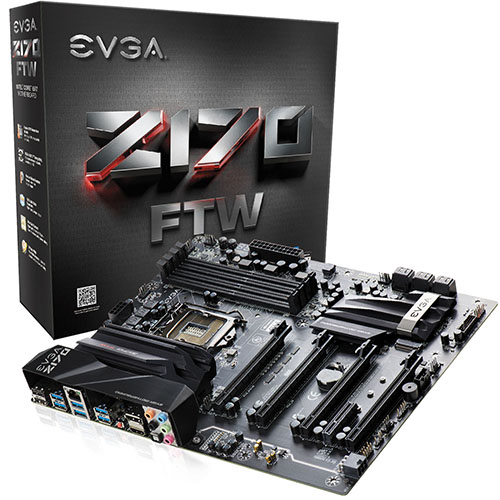 EVGA is well known to produce high quality computer hardware.  In 2008 EVGA began releasing Intel based motherboards, and while some manufacturers release dozens of motherboards for each chipset, making it difficult to pick out the right motherboard, EVGA introduces a few motherboards geared towards key user types.  With the release of the Intel Z170 chipset, EVGA currently has three new motherboards that covers three different needs and sizes.  The smallest is the Stinger, a mITX; next we have the FTW, a standard ATX; and the largest is the Classified 4-Way, an E-ATX motherboard.  EVGA sent us their Z170 FTW, with part number 140-SS-E177-KR for us to take a look at, which includes a 3-year warranty.  This motherboard can be purchased now for $169.99 with free shipping.

Being one of three EVGA Z170 motherboards, they geared the Z170 FTW towards the broadest audience of users.  Which means implementing the features that the most people will use, rather than implementing every possible feature that the Z170 chipset supports.  While we have seen motherboards with 2 and 3 M.2 slots, the average consumer won’t use more than one due to the cost; so EVGA has limited the M.2 support to one slot.  USB 3.1 and Type-C are new features that have not begun to be widely implement, so EVGA has not implemented them at all. 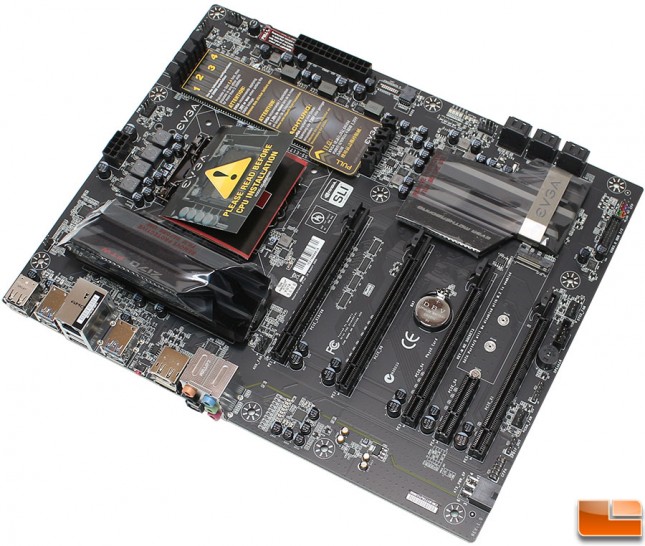 The M.2 slot that EVGA has implemented on the Z170 FTW is capable of speeds up to 32Gb/s; like most M.2 implementations using a M.2 drive will disable a couple of the six SATA ports.  For memory, EVGA has done a good job at enabling four DDR4 slots that will support memory over 3200MHz and up to 4x16GB modules, totalling 64GB of memory.  With dual channel memory, it will automatically run at your memory’s default speed (typically 2133MHz or 2666MHz), until you enable the XMP profile for the memory kit.  At which time the EVGA Z170 FTW will support two XMP 2.0 profiles.

Let’s take a quick look at what EVGA tells us about the Z170 FTW before taking a look at the retail packaging and a closer look at the board.

Let’s take a quick look at the packaging for the EVGA Z170 FTW and it’s accessories.  Then we can take a closer look at the motherboard before getting to installing it.