In this section of testing, we will be focusing on how the EVGA Z170 FTW works with the CPU, Memory, Networking and storage devices. 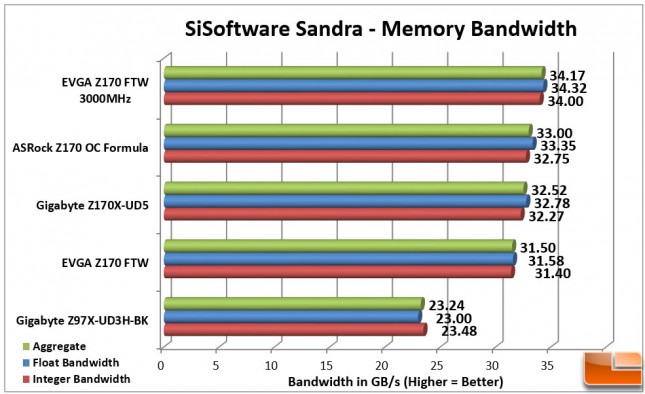 Sandra Memory Bandwidth shows that the Kingston Fury DDR4 kit was running around 31.5GB/s upon initial boot-up.  This is slightly slower then the other two Z170 motherboards.  Of course, once we forced the memory to a higher clock speed, it received higher scores than the other Z170 motherboards.  Going from a base clock speed of 31.5GB/s to 34GB/s is an 8% boost in performance for the memory. 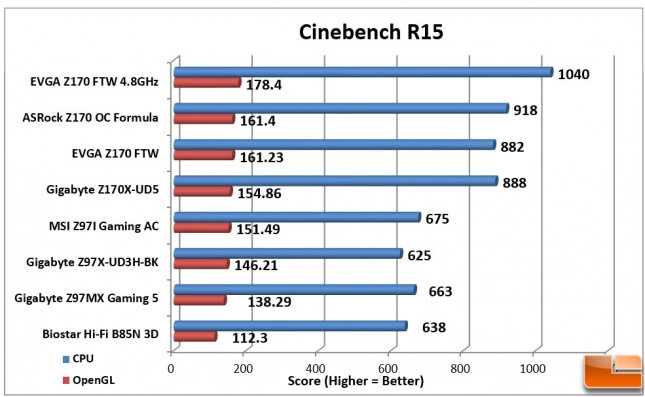 Cinebench R15 focus’s on CPU and GPU performance.  As we are using the same GPU across all these tests, the difference in scores will be dependent on the CPU.  EVGA Z170 FTW received scores in the middle of the Z170 motherboards we have tested.  At base clock speed of 4.0GHz it received a score of 882 for the CPU, once it was overclocked that jumped to 1,040; an 18% boost in performance within Cinebench! 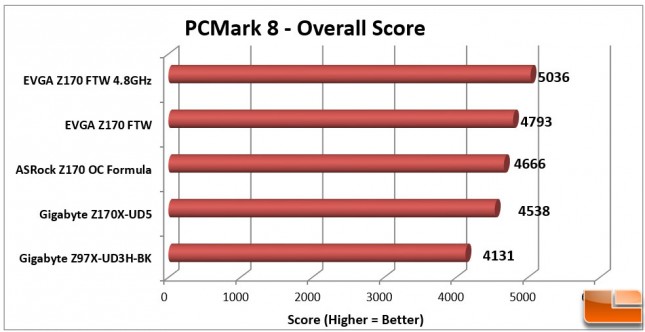 PCMark 8 does a good job at giving a general performance rating depending on the user type.  Using the Home (Advanced) test, it gives a good idea of how the system should perform doing standard home tasks.  Here we see that the EVGA Z170 FTW performed rather well against the other Z170 motherboards.  With a range of 4538 to 4793, the Z170 FTW provided up to a 5.5% increase in score.  Overclocking increased the score by an additional 5%. 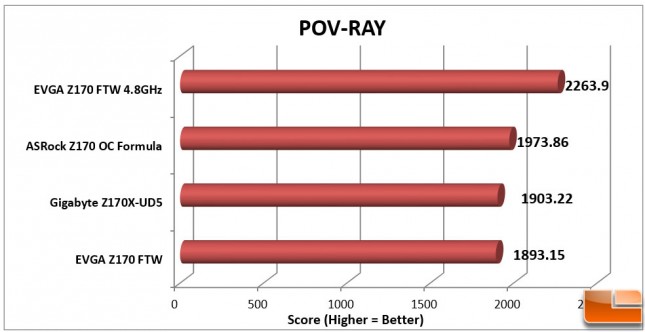 POV-RAY is another good benchmark to evaluate how the CPU process’s information.  For POV-RAY, the EVGA Z170 FTW based system scored the lowest of the Z170 test systems.  With around a 5% difference in performance from the top score.  Once we overclocked the Intel i7 6700K the score for the EVGA Z170 FTW went above all others and increased by close to 20% compared to the base clocked score. 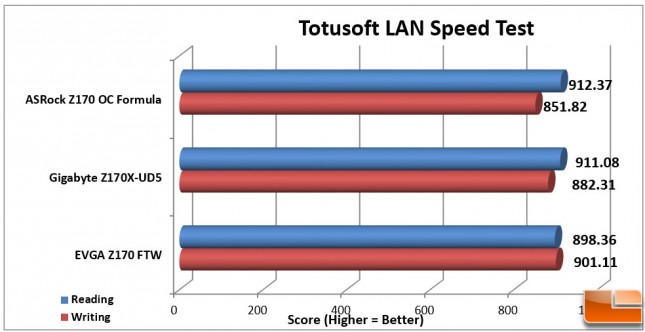 The Intel Gigabit ethernet connection on the Z170 FTW received mixed results.  The write speed came in at 901MB/s, while the read speed was slightly slower at 898MB/s.  This is the inverse of what we have seen on other Z170 motherboards, however, the difference across the various Z170 motherboards is small. 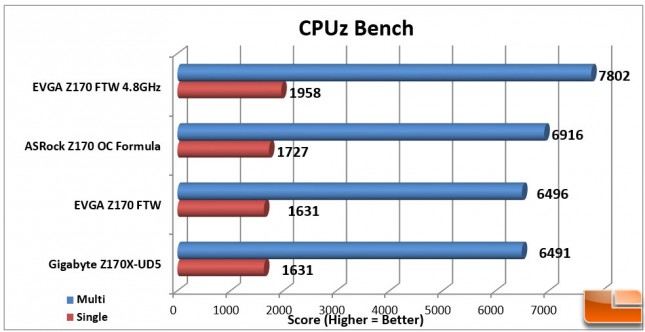 CPUz recently introduced a quick benchmark in their utility.  For Single Core performance, the EVGA Z170 FTW received a score of 1631, which is the same as the Gigabyte Z170X-UD5; for the multi-Core benchmark it received a slightly higher score.  Both scores greatly increased when the CPU was overclocked to 4.8GHz by 20%.