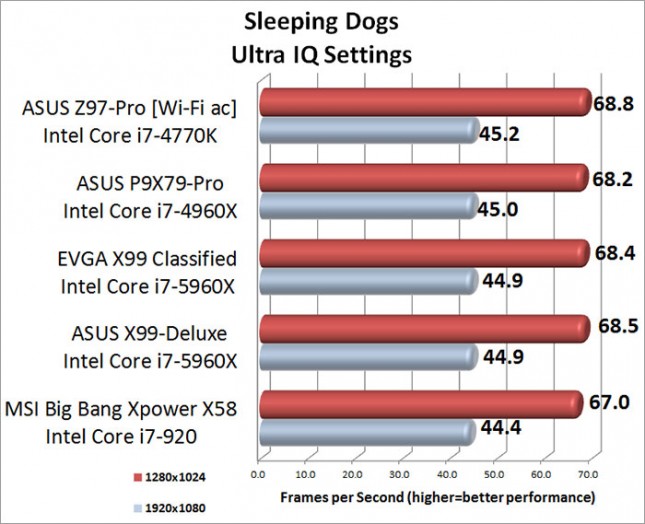 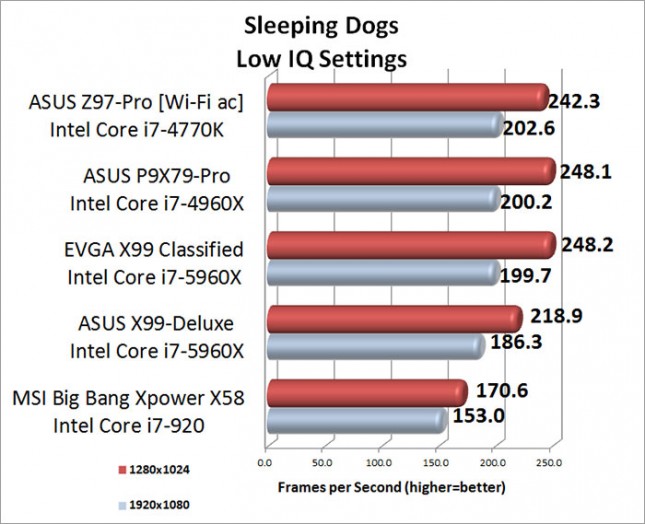 Benchmark Results: Dropping the image quality down to the minimum in Sleeping Dogs, the EVGA X99 Classified hit an average of 199.7 frames per second at 1920×1080 while the ASUS X99 Deluxe averaged 200.2 frames per second, roughly a .2% difference.