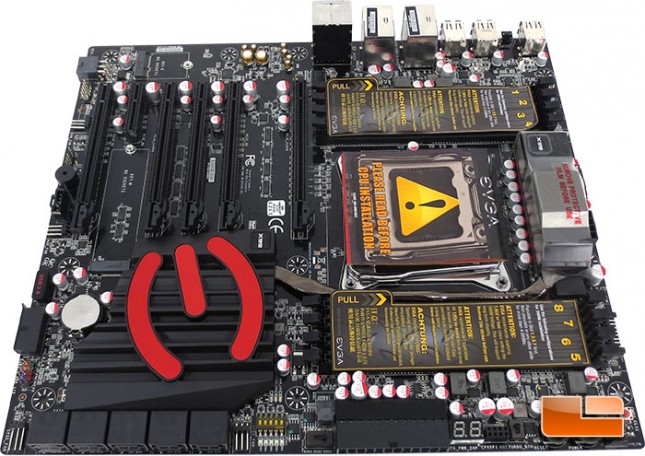 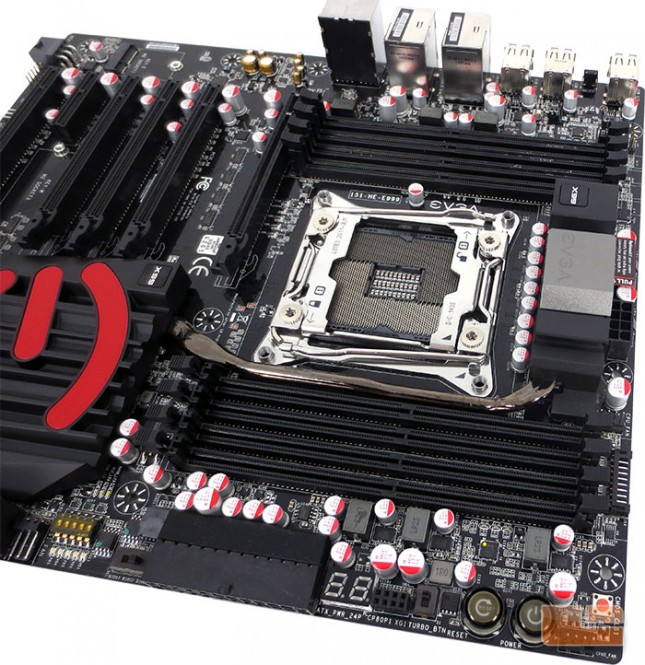 The EVGA X99 Classified motherboard supports up to 128GB across eight DIMMs of DDR4 memory running in a quad channel configuration. As of the latest BIOS update from EVGA, the X99 Classified will support memory speeds up to 3000MHz. Tucked in along the right edge of the X99 Classified there is a pair of eight pin CPU power plugs, and to the right of the DIMM slots is a plug that allows you to check the various system voltages. 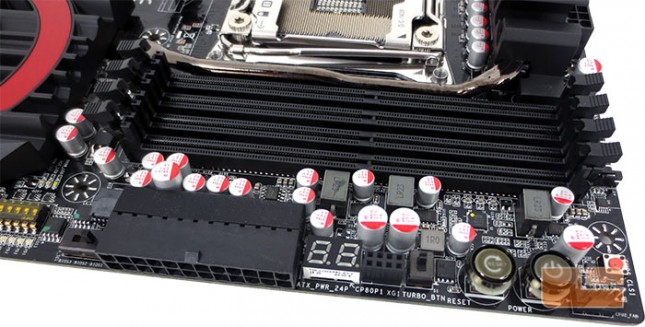 Along the edge of the EVGA X99 Classified motherboard in front of the DIMM slots, there are a number of features to be found. One of my favorite features here is the right angle 24pin power plug. It seems like its such a small thing, but I really hate having the bundle of wires sticking straight up from the PCB. The right angle plug really tends to clean up the wiring inside the case. Just to the left of the 24pin power is the switch that allows you to switch between any of the three BIOS chips. To the right of the 24pin, you can find the debug LED, GPU Link, MCU Turbo Switch, reset & power buttons, 4pin fan header, and a CMOS reset switch. 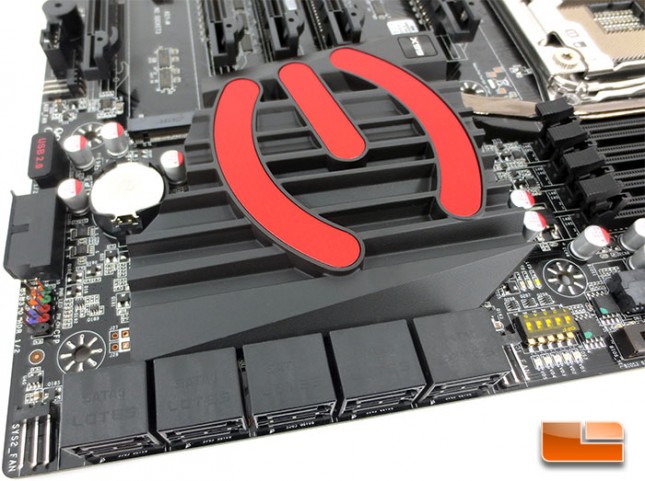 The EVGA X99 Classified supports a total of ten SATA III 6Gbps ports, all are native to the Intel X99 chipset. EVGA didn’t throw on any SATA Express ports for the EVGA X99 Classified, and I can’t say that I’m not disappointed about that. On either side of the SATA III ports there is a pair of 3pin system fan header running parallel to the PCB. To the right of the SATA III ports is a series of DIP switches that will enable or disable the PCIe X16 slots. Taking a look at the left edge of the EVGA X99 Classified there is the front panel header, an Internal SuperSpeed USB 3.0, as well as a USB 2.0 header. In the center of it all is the slick looking heatsink that is completely passive and doesn’t make a peep! 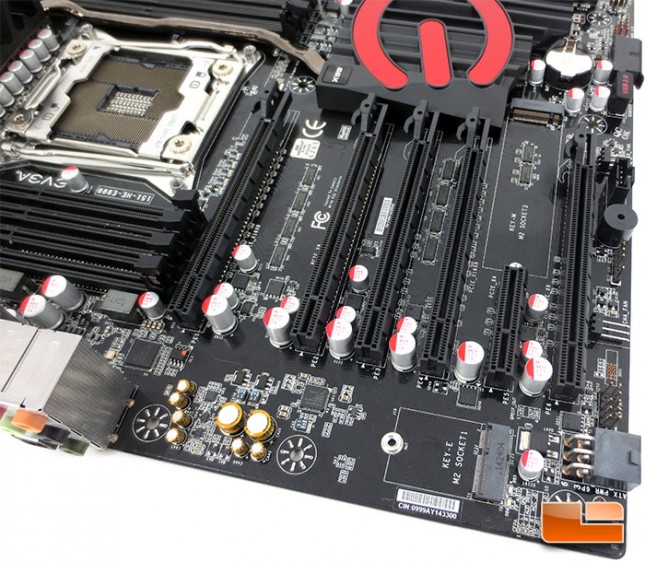 The EVGA X99 Classified I/O panel looks empty to me, but it has everything that’s needed to run the system. There are a total of ten USB ports, six of them are USB 2.0 while the remaining four are SuperSpeed USB 3.0. The four SuperSpeed USB 3.0 ports are native to the Intel X99 chipset. The chipset supports six USB 3.0 ports, which we saw the internal USB 3.0 header above. The EVGA X99 Classified also features a pair of Intel Gigabit NIC’s. The Creative Sound Core3D will reach your ears through the five 3.5mm audio jacks and the optical SPDIF out. The final features back here is the little red button, this is the ever so important CMOS reset button which comes in handy if you ever need to reset the BIOS for any reason.