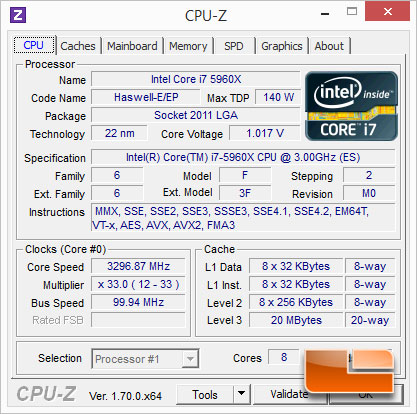 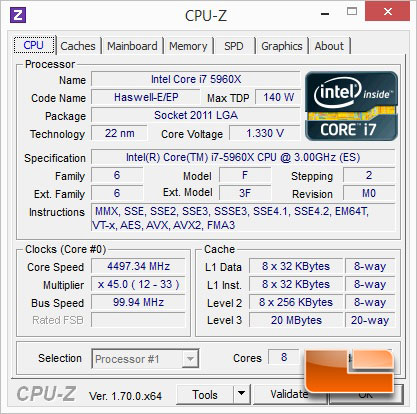 Much like I have attempted previously, I wanted to give it a shot at 4.5GHz right off the bat. This time though, I was successful! I was able to run the Intel Core i7-5960X at 4.5GHz completely stable at only 1.33 Volts on the CPU VCore! 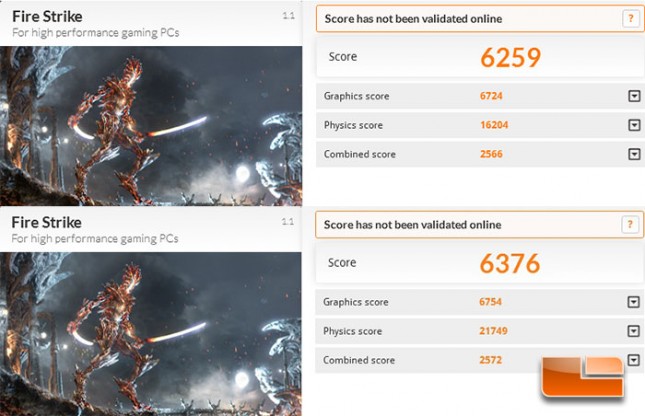 The overall score of 3DMark Firestrike didn’t improve to drastically, but it did jump to 6376 from 6259 which isn’t to bad. The biggest gain though was the Physics score which relies on the CPU Processing power of the Intel Core i7-5960X, that score jumped to 21749 from 16204! That’s a gain in processing power of 34%! 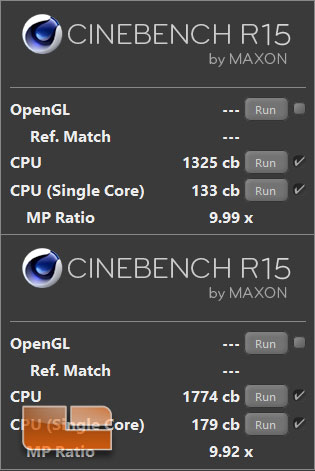 Cinebench R15 is a great way to test the system stability quickly when overclocking as it will put a solid load on the CPU and as a bonus it will give you a benchmark score. The score in Cinebench R15 jumped from 1325 across all cores to 1774, a gain 34% as well. I would definitely say that the 4.5GHz overclock on the EVGA X99 Classified was solid and was very easy to hit!