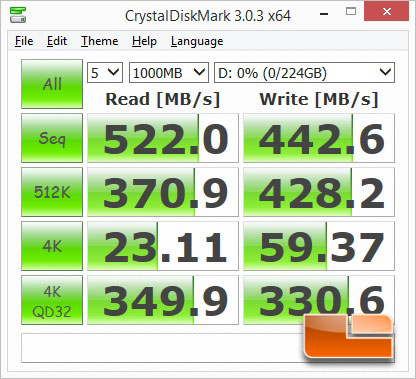 Benchmark Results: The EVGA X99 classified SATA performance was solid with an average of 512.4MB/s sequential read and 438.9MB/s sequential write. The ASUS X99 Deluxe was a hair faster with a read of 522.0MB/s and write of 442.6MB/s. Interetingly though, the previous generations of chipsets that have native SATA ports, (Intel X79 & Z97) the performance is higher. 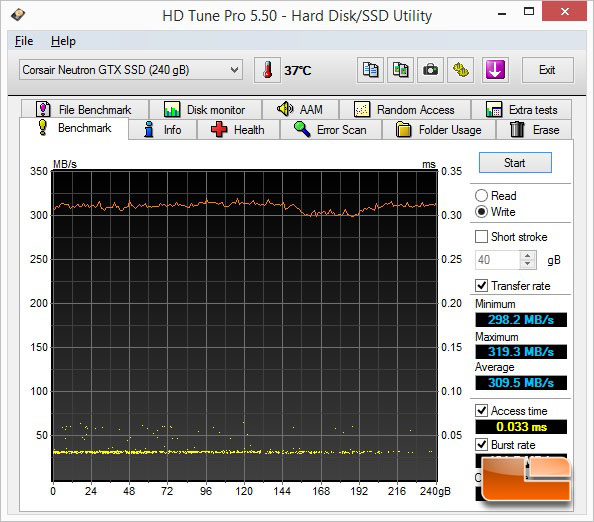 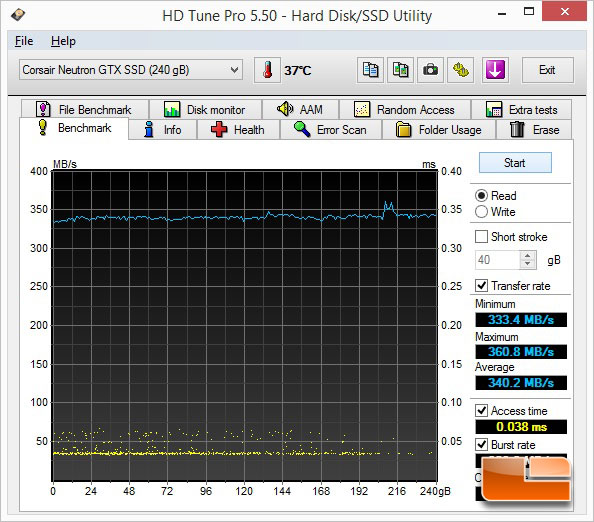 Benchmark Results: The EVGA X99 Classified motherboard was able to hit an average read of 398.5MB/s and an average write of 323.6MB/s in HD Tune 5.50.