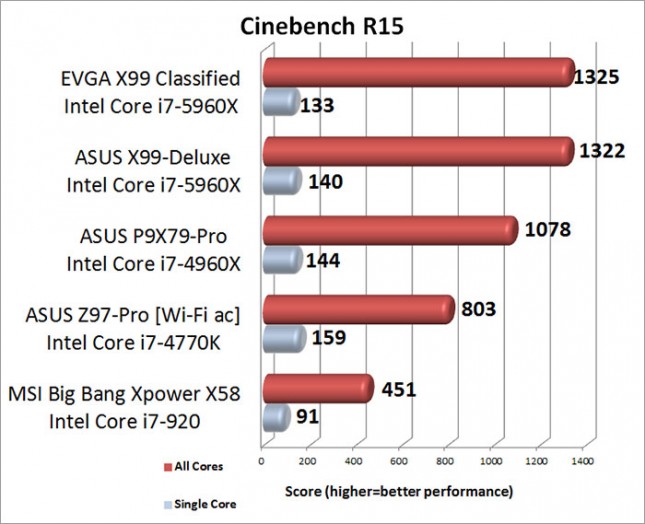 Benchmark Results: The EVGA X99 Classified was able to score 1325 in the latest iteration of Cinebench R15. The ASUS X99 Deluxe hit 1322, though the ASUS was faster in the single core benchmark with a score of 140 compared to the EVGA score of 133.