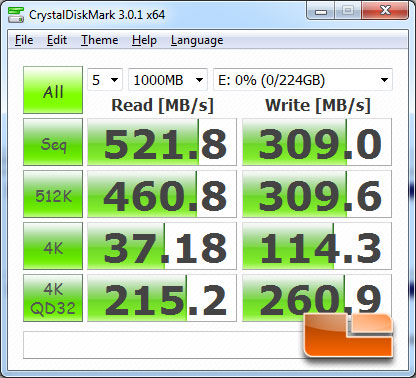 Benchmark Results: Since all of the Intel Z77 motherboards that we have tested are using the Intel Z77 SATA III 6Gbps controller, there is no surprise that there is very little difference. The ECS Z77H2-AX was able to pull out a Sequential Read of 491.0MB/s and a Sequential Write of 305.8MB/s. This is right in line with the performances that we have seen from most of the boards in CrystalDiskMark. 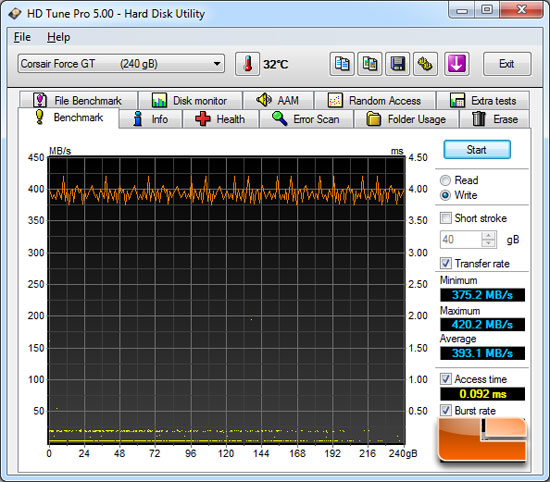 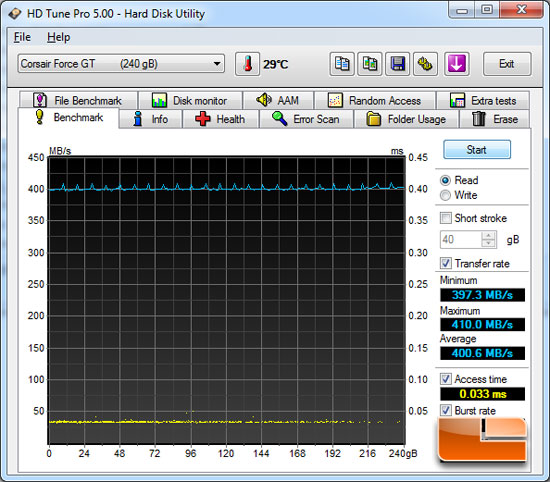 Benchmark Results: In HD Tune the ECS Z77H2-AX was right in line with our other boards. The Z77H2-AX was able to score an Average Read of 372.6MB/s and an Average Write of 362.3MB/s, slower than some and faster than others putting the Z77H2-AX right in the middle of the pack.