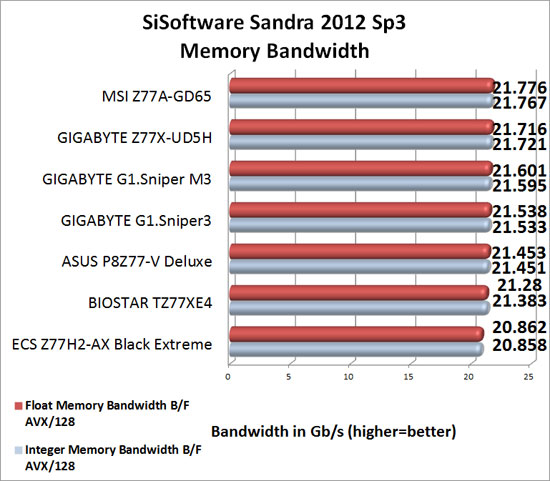 Benchmark Results: The ECS Z77H2-AX Black Extreme memory performance in SiSoftware Sandra was a little bit below what we have seen on our previous Intel Z77 motherboards. In both of the memory bandwidth tests the ECS Z77H2-AX Black Extreme averaged ~20.86 Gb/s. Our fastest boards were nearly 1 Gb/s faster having an aggregate memory bandwidth performance of 21.77 Gb/s.