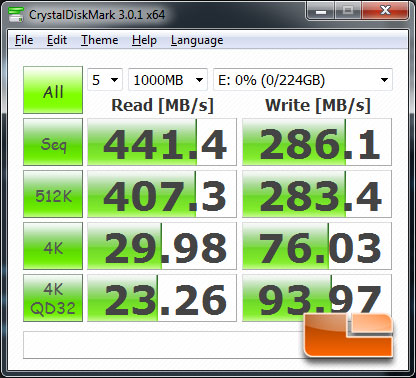 Benchmark Results: Remarkably the SuperSpeed USB 3.0 testing results are nearly identical across the Intel Z77 boards. We aren’t seeing as much variation anymore thanks to Intel implementing USB 3.0 technology on the Intel Z77 express chipset. With that being said, the ECS Z77H2-AX Black Extreme was able to hit a Sequential Read of 264.1MB/s and a Sequential Write of 253.9MB/s. As mentioned above there isn’t much variation between the boards and the ECS Z77H2-AX falls right in line. 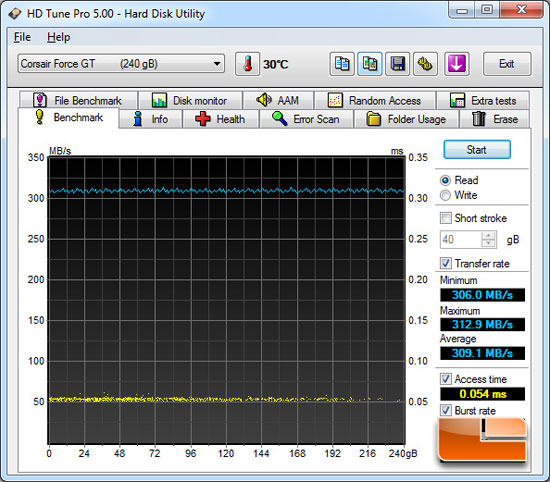 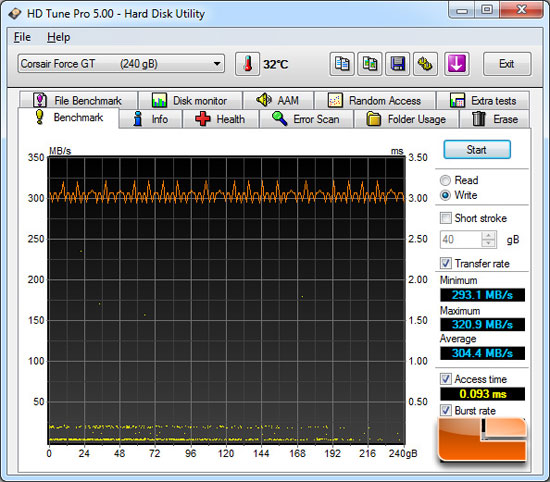