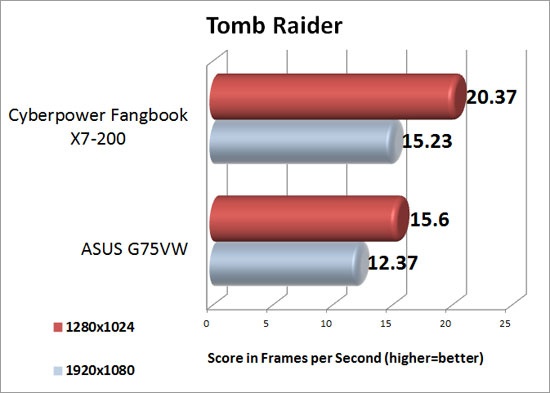 Benchmark Results: Thanks to the faster Intel Core i7 and NVIDIA GeForce GTX 675, the CyberPower Fangbook X7-200 was nearly 25% faster than the ASUS G75VW. Though with an average of 15.23 frames per second we would have to dial back the image quality settings a bit to play the latest iteration of Tomb Raider.