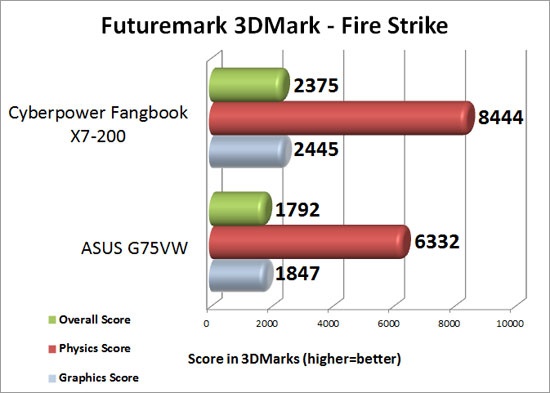 The ASUS G75VW ROG 17.3″ Gaming Laptop has an Intel Core i7 3610QM, an NVIDIA GeForce GTX 660M with 2GB of GDDR5 memory and 8GB of DDR3 memory for those that are wondering what we are comparing it to.