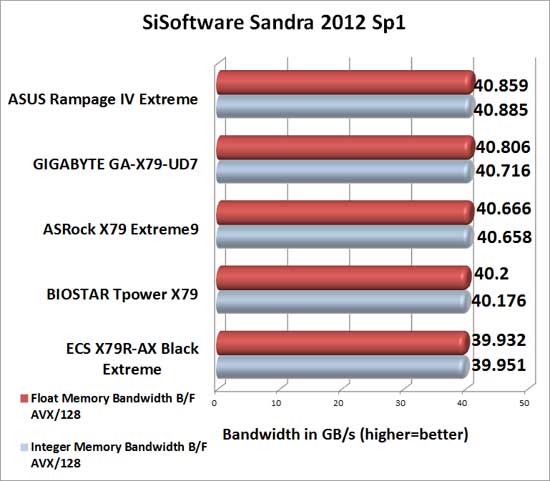 Benchmark Results: The BIOSTAR TPower X79 was slightly below what we have seen on some of our other Intel X79 systems. The two tests were both around .6-.7GB/s behind the top board, all in all though that’s only ~1% of the bandwidth. Likely not a performance margin that would be noticed in day to day usage.