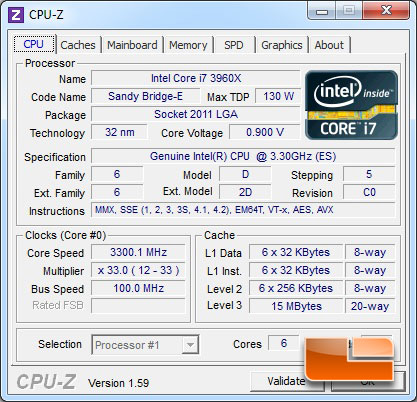 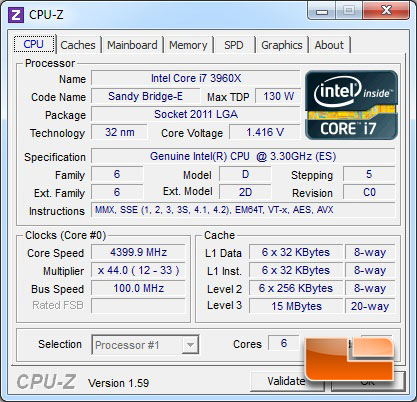 The BIOSTAR TPower X79 doesn’t feature any automated overclocking options within the BIOS. We decided to see how far we could push the BIOSTAR TPower X79 and our Intel Core i7 3960X with all of the settings on auto. We started out at 4000MHz with a multiplier of x40 and increased the multiplier after each successful boot. We finally started experiencing boot failure at 4.6GHz, we backed the multiplier down to x45 and we were able to boot into Windows, but we weren’t stable. We backed our multiplier back down to x44 and we were rock solid at 4400MHz! 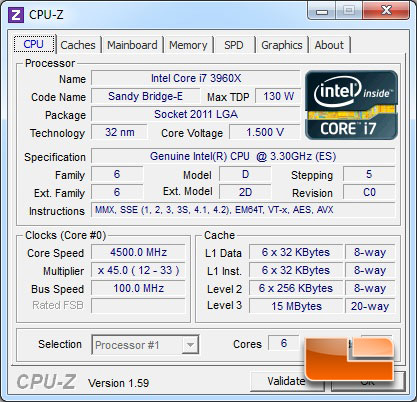 The BIOSTAR TPower X79 motherboard didn’t overclock nearly as well as we had hoped it would. Even after pushing the voltage up to 1.5V we were only able to hit 4.5GHz stable. What I noticed when trying to overclock with the BIOSTAR TPower X79 was the lack of Loadline Calibration. Our particular processor does really well getting past 4.5-4.6GHz with LLC enabled. When we looked at the ASRock X79 Extreme9 last week, we weren’t having any luck overclocking because I had the overclock settings for LLC backwards, level 5 was the least amount and level 1 was the greatest amound of VDroop control. Once we switched to level 1 overclocking was a breeze and we hit 4.8GHz. Today we don’t have the option to enable LLC so we weren’t able to get past 4.5GHz. Hopefully BIOSTAR will put LLC into a future revision of the BIOS and give us a bit more overclocking headroom.